The Supreme Court Has Gone Rogue: What Can We Do?

If the recent abortion case (Whole Woman’s Health v Hellerstedt) at the Supreme Court has clarified anything, it is that the Court’s majority 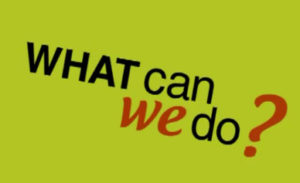 has gone ‘off the rails’ as Justice Thomas put it. Answering the question, “What can we do?” all depends on who you are. If you are a ‘progressive’ Governor or legislature like California or New York you would likely interpret this as a signal that now is the time to pull out all the stops on all policy initiatives that would further the agenda of absolute autonomy through abortion, same-sex marriage, limiting free speech, freedom of religion, etc.

However, if you are NOT a member of the ruling elite who stands to gain a tremendous amount of power, what can you do? It may be helpful to start at the beginning. Abortion is a fabricated right. The test for the constitutionality of abortion was invented in Casey v Planned Parenthood in 1992, just to protect the Court’s newly decreed right and is therefore also not constitutional (see Justice Thomas’ brilliant dissenting history lesson on pg. 48). The fact that a State even has to draft legislation regarding the restriction of a right that is no right at all, should say it all.

What if you are the United States House of Representatives and Senate? Knowing that you have an entire branch of unelected lawyers running rough shod all over the green grass the republic’s rule of law clarified in the Constitution what ought you to do? If you don’t do something to stop the insanity you will be complicit in the Court’s coup d’etat. At least five justices if not six should be impeached and replaced. Filling Scalia’s vacant seat won’t be enough. As Alito warned, “If a bare majority of Justices can invent a new right and impose that right on the rest of the country, the only real limit on what future majorities will be able to do is their own sense of what those with political power and cultural influence are willing to tolerate” (Obergefell v Hodges 2015, Alito, J., dissenting p 7). Now we see what he means with this latest and very arbitrary abortion ruling. How tolerant are you of another ‘co-equal’ branch of government abusing their oath to uphold 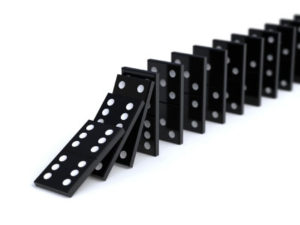 If you are a pro-life health care provider you should be on high alert and this includes religiously motivated Christian Pregnancy Centers. Not referring or providing abortion or abortion-causing drugs and devices could become grounds for a discrimination lawsuit or a direct violation of State law complete with sanctions. Sound too dystopian for the land of the free? This is already the case in Washington State as of Tuesday June 28, 2016 for pro-life Pharmacists in a right-of-conscious suit, Stormans v Wiesman. Because the Supreme Court declined to hear the case the ruling stands. This is a bad omen of things to come.

Furthermore, if you are a person of deep conviction whose principles conflict with the prevailing new moral orthodoxy, you should beware. If this new fundamentalism of autonomy is permitted to continue then as Justice Alito himself predicted last year, “I assume that those who cling to old beliefs will be able to whisper their thoughts in the recesses of their homes, but if they repeat those views in public, they will risk being labeled as bigots and treated as such by governments, employers, and schools” (Ibid).

Citizens, you should take note that rule of law has been coopted, according to the opinion of currently sitting Supreme Court justices. The Constitution is now a fictional document, just a word used to gain the People’s compliance with the arbitrary demands of a new totalitarian

regime. Remember, the only rights we don’t have are the ones we give away. Therefore, a very effective and non-violent means of holding government officials accountable is to laugh at their naïve judicial tantrums and then promptly ignore them. That’s right. Act as though they don’t exist. To comply with their unconstitutional ruling reinforces their sense of power over the people while the contrary reinforces that power of government comes from ‘We, the people’. Their new laws are as unjust as they are unconstitutional. To comply would disrespect yourself, your family, your State, the judiciary, and the actual rights the judiciary was created to protect.

One last thing, in the Bill of Rights there is the curious ninth amendment which simply states, “The enumeration in the Constitution, of certain rights, shall not be construed to deny or disparage others retained by the people.” Interesting. Isn’t the creation of new rights a denial of the ninth amendment? And isn’t it also curious how the creation of new rights has the effect of disparaging both enumerated and non-enumerated rights?

“But all things become visible when they are exposed by the light, for everything that becomes visible is light. For this reason it says, ‘Awake sleeper, and arise from the dead, and Christ will shine on you.’ Therefore be careful how you walk, not as unwise men but as wise, making the most of your time, because the days are evil.” St. Paul to the Ephesian Church 5:13-16

1 comment on “The Supreme Court Has Gone Rogue: What Can We Do?”