Four Ways the Supreme Court Got Abortion Wrong and Why

(This is part 4 of a 5 part series on The Supreme Court, Abortion, and American Morality. Check out part 1, part 2, and part 3)

The Supreme Court’s majority has been consistently ignoring all notions of traditional Constitutional law in several recent cases. As Chief Justice Roberts notes, “The Court today not only overlooks our country’s entire history and tradition but actively repudiates it…” 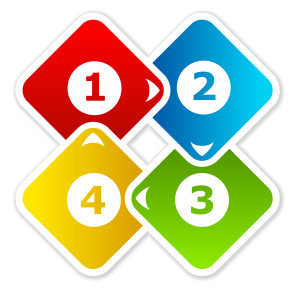 (Obergefell v Hodges Roberts, C. J., dissenting p 22).The recent ruling on abortion is no exception. The majority has not failed to tell of their new methodology for determining the Constitutionality of legislation. They have been quite clear about their new ‘first premise’ for their decision-making, “the concept of individual autonomy” (Obergefell v Hodges Majority opinion, p 12). This new premise cannot be methodically applied nor can it represent a cohesive or rigorous legal theory. And yet outcomes when using this theory are quite predictable and result in the undermining of existing law, which in turn provides the Supreme Court with even more power to redesign society according to a new moral fundamentalism apart from the rule of law. As Chief Justice Roberts observed the majority’s “desire [is] to remake society according to its own ‘new insight’” (Obergefell v Hodges, Roberts, C. J., dissenting p 3). There are four ways this new decision-making process can be observed in the majority’s recent abortion ruling.

#1 – They Misapplied the Claim Preclusion Principle
This principle means ‘matters once tried shall be considered forever settled…’ (Alito, J., dissenting p 3). This particular case had already been heard and lost in the United States Court of Appeals and the abortionists chose NOT to seek a review by the Supreme Court. Instead they initiated a second suit on the same basis presumably because they did not get the ruling they wanted. This runs counter to the basic notion of having a judiciary to begin with if the plaintiffs can keep suing indefinitely until they get the desired result. This notion of not being permitted to keep suing on the same grounds is also called ‘Res judicata.’ The clear and unapologetic violation of this bedrock legal principle dangerously unlocks the door not just for rehearing other settled abortion cases but serves as precedent for additional refiling of unrelated suits too. If taken to the logical limits this dangerous new precedent has the potential of transforming the long arm of the law into the barbed and sweeping tale of totalitarianism, driven on by the voracious appetites of those rich and powerful enough to sustain multiple lawsuits at the expense of the rights of poorer minorities (like pre-born babies). The ultimate effect only cedes more power to the Court to further act as a ‘super legislature’ as former Justice Scalia characterized it last year in his dissent regarding the same Court’s creation of yet another new constitutional right to Same Sex Marriage.

#2 – They Allowed a Third Party Stand-in
As Justice Alito points out, “Even if res judicata did not bar [the case]” hearing the case “would still be unjustified.” He goes on, “[The] petitioners…are abortion clinics and physicians who perform abortions. If they were simply asserting a constitutional right to conduct a business or to practice a profession without unnecessary state regulation, they would have little chance of success (emphasis mine)….however, they are permitted to rely on the right of abortion patients they serve” (Alito, J., dissenting p 24). As Justice Thomas notes, “For most of our Nation’s history, plaintiffs could not challenge a statute by asserting someone else’s constitutional rights” (Thomas, J., dissenting p 2). He clarifies earlier noting the suit was only possible “because the Court has allowed abortion clinics and physicians to

invoke a putative constitutional right that does not belong to them—a woman’s right to abortion.” And yet women, the one’s whose rights are purportedly being infringed have said nothing. Does the court think women are so weak they cannot speak or act for themselves? Does the court actually believe that the very ones who stand to financially profit from a woman’s right to abortion can objectively represent a woman considering abortion? Why the preferential treatment for abortionists? Why should abortionists be shielded from regulations under which all others must abide cowering behind the cover of a woman’s freedom of choice?

Could it be that there is a new kind of moral fundamentalism the court is mandating upon culture? As the majority noted without bothering to clarify, “The claims in…the present case involve ‘important human values’” (Majority opinion, p 13). Given the facts of the case it appears that whatever these ‘important human values’ are, they represent a new moral fundamentalism which has at its core a godlike entity arbitrarily declaring the new good complete with novel notions of right and wrong. And who might this new god be? Rule of law makes even judges equal citizens subject to the law. But what if rule of law were redefined to mean enacting into law the ideas of the few? Wouldn’t that be rule of man instead and precisely against which our Constitution is designed as a protective hedge? Anyway, the dissenting justices think so. As Chief Justice Robert’s noted of the same court last year, “The Court’s accumulation of power does not occur in a vacuum” (Obergefell v Hodges 2015, Roberts, C.J., dissenting p 26).

#3 – They Ignored the Severability Clause
This decision reveals the majority’s willingness to ignore a State’s severability clause in a given piece of legislation. Severability means that if the court finds one aspect of the law unconstitutional the other aspects continue in full force unchanged. Arrogantly, the majority did recognize the intent of the Texas legislature: “Severability clauses it is true, do express the enacting legislature’s preference for a narrow judicial remedy” (Majority opinion p 37). Yet they still managed to ignore it altogether. Justice Alito characterizes the majority’s irresponsible approach with the term ‘carpetbomb’ unnecessarily “knocking out provisions that are perfectly consistent with federal law” and warns “The power to invalidate a state law implicates sensitive federal-state relations” (Alito, J., dissenting p 40). Additionally, flatly denying the constitutionality of the legislation in its entirety may even apply to abortionists that were already compliant to the legislation’s requirement like so many other surgical facilities in Texas but need not comply any longer. How exactly could the court find that the legislation is an undue burden for women to access abortion in those facilities? What will this mean for other common sense regulations in other States?

In this ruling the court held that mere access to abortion was more important than the health and safety of the woman say nothing of ‘preserving and promoting fetal life’ (Thomas, J., p 10) even though that has been found to be a compelling state interest. Curiously, Justice Ginsberg seems to infer that promoting high standards in women’s health would actually cause women to seek poor health care (See Ginsberg, J., concurring p 2). What kind of logical witches brew is that?

So what is the final outcome of decisions like this? Justice Scalia in dazzling clarity blazes, “Today’s decree says that my Ruler, and the Ruler of 320 million Americans coast-to-coast, is a majority of the nine lawyers on the Supreme Court” (Obergefell v Hodges 2015, Scalia, J., dissenting p 2) noting that by accepting these decisions as if they emanated from the rule of law, the people are robbed of the freedom to govern themselves.

#4 – They Let Their Personal Preferences Rule
Lastly, this decision reveals the majority’s penchant for ruling according to their own personal preference by not only inventing new laws but inventing special tests for the constitutionality of those new laws…and then redefining those tests. So while we saw the court declaring a new right in Roe v Wade in 1973, it invented a new judicial test for protecting that new right in Casey v Planned Parenthood in 1992. This, according to Justice Thomas opened the judicial equivalent of Pandora’s Box. He states, “Our law is now so riddled with special exceptions for special rights that our decisions deliver neither predictability nor the promise of a judiciary bound by the rule of law” (Thomas, J., dissenting p 2). Thomas notes that even if the Casey standard of the ‘undue-burden test’ was consistent with proper and traditional 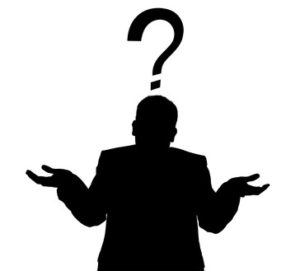 constitutional jurisprudence (and it is not) the court’s majority even ‘radically rewrites’ that in at least three ways highlighted by him on page 6. Suffice it to say, “These precepts are nowhere to be found in Casey or its successors, and transform the undue-burden test…” (Ibid, p 6). In effect, this decision overturns Casey, thereby placing all state level legislation regulating abortion in jeopardy. Again Thomas warns that the majority’s “approach risks ruling out even minor, previously valid infringements on access to abortion” (Ibid p 10). “After disregarding significant aspects of the Court’s prior jurisprudence….All we know is that an undue burden now has little to do with whether the law, in a ‘real sense, deprive[s] women of the ultimate decision,’ and more to do with the loss of ‘individualized attention, serious conversation, and emotional support,’” whatever that means (Ibid).

The next and final article in this series, entitled “Supreme Court Gone Rogue? What Can We Do?” explores how we should respond given the Supreme Court’s radical new philosophy.