5 Things We Can Learn from the Supreme Court’s Decision 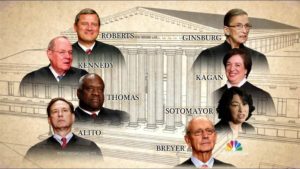 2016. First, contrary to Justice Thomas’ dissent, the Supreme Court’s majority is highly predictable. They decide cases based upon a new ‘bedrock’ principle of the shifting sands of individual autonomy. Whatever will be seen by the court to further a perceived minority group’s sense of personal well-being or ability to self-actualize, as defined by that group, we may count on the Court to support. Even fabricating new rights in the process.

Second, the Supreme Court’s majority decision-making process is no longer influenced by traditional jurisprudence, argumentation, or evidence. Petitions are heard and rules rendered based simply on prior policy positions held by the majority. The decisions are then tailored to fit those prior positions.

Third, the Court’s majority acts as a law unto themselves while masquerading under the credibility of the rule of law. As Justice Thomas clarifies, “The Court should abandon the pretense that anything other than policy preferences underlies its balancing of constitutional 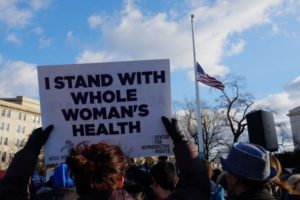 rights and interests in any given case” (Whole Woman’s Health v Hellerstedt, Thomas, J., dissenting p 13). This charade has the unique benefit of getting the population to comply peaceably with their revolutionary coup.

Fourth, the election of a President to appoint a conservative justice to replace Scalia will not make all that much difference in reining in the rouge court. This decision regarding abortion as well as the other recent special rights cases have a majority of at least five justices. Even if the Constitutionalist Scalia were still alive this case would still have unfolded the same way.

And fifth, contrary to the dissents of some of the justices, the Court’s majority decisions may actually be representative of the American people. The basis for the court’s recent decisions upon the principle of absolute autonomy is how the people operate in American culture, as well as the representatives they elect to office. If the democrats have anything any common with the republicans it is their foundational principle of autonomy. They simply have two different policy visions of how that autonomy ought to be realized.

This article serves as an introduction to a week-long series of four more articles exploring the recent Supreme Court decision overturning a longstanding case permitting States to regulate abortion. The series will discuss how the recent decision serves to highlight the specific ways the court managed to get it wrong on abortion again, the fracture of judicial philosophy between the sitting justices the decision reveals, and how that new philosophy as well as the recent ruling impacts individuals and pro-life organizations like CompassCare, including what we can do about it.