Not too long ago the Supreme Court was asked by abortionists to hear a case about a State law regulating the abortion industry in Texas. Surprisingly they agreed. While it is dumbfounding that the common sense provisions in the law were ham-handedly cast aside as 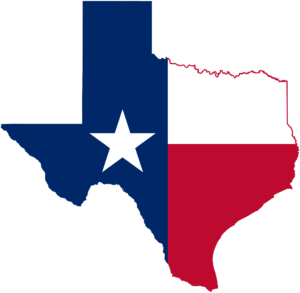 unconstitutional by the Court’s majority that is not what is most surprising. Before we get to that it is worth noting dissenting Justice Alito’s highlighting of several of the provisions listed in the Texas bill which were inexplicably struck, including; “…surgical center patients must ‘be treated with respect, consideration, and dignity,’” “Patients may not be given misleading advertising regarding competence and/or capabilities of the organization.” Centers must eliminate “hazards that might lead to slipping, falling, electrical shock, burns, poisoning, or other trauma,” “They must obtain informed consent before doing research on patients.” All common sense provisions designed to protect the women of Texas, enacted by the people’s representative of Texas, all considered unconstitutional. Odd as those things are, what makes this case truly surprising is the clear and obvious fracture of how the members of the Supreme Court view their role in American government.

The story tells itself. An obvious recent example is the case the court did not deem worthy of their time like Stormans v Wiesman (June 28, 2016). By not granting a hearing the Supreme Court let stand a recent Ninth Circuit ruling that holds as Constitutional a Washington State law mandating Pharmacists dispense abortion-causing drugs in violation of their faith. Religious liberty violations via legislation would seem like a fairly important subject to a judiciary that is designed to filter just those kinds of laws. Yet the cases the court does deem worthy of their time have to do with the non-enumerated and recently declared new rights such as the most recent Texas Abortion regulation bill. The tale these decisions tell spin quite a yarn. For example, this particular decision released on Monday June 27, 2016 taken alongside the unfathomable decisions the same court made regarding Same Sex Marriage in 2015 demonstrates that the majority members of the Supreme Court review cases based on a new legal theory rooted in a new moral orthodoxy all while refusing to acknowledge the change themselves. As Justice Thomas opines, “I write [the dissent] separately to emphasize how today’s decision perpetuates the Court’s habit of applying different rules to different constitutional rights—especially the putative right to abortion (p. 1 Thomas, J., dissenting). He goes on saying, “There should be no surer sign that our jurisprudence has gone off the rails than this: After creating a constitutional right to abortion…the Court has created special rules that cede its enforcement to others” (p. 5 Thomas, J., dissenting).

For purposes of brevity the recent abortion decision Whole Woman’s Health v. Hellerstedt will serve as illustrative of the Court’s fracture. It is split not just on healthcare, same-sex marriage and abortion. Those issues are mere symptoms of a fissure of philosophy regarding the role of the court itself in government and society. The minority adheres to the traditional American Constitutional legal heritage using precedent and tightly defined terms for assessing whether legislation passes Constitutional muster. The goal is a passionless and predictable ruling process not based on their personal opinions (rule of man) but rather arriving at a determination as to the rule of the supreme law of the land embodied in the Constitution of the United States. Their position is that the written Constitution has a clear history and intent which can be known and objectively applied systematically.

This is not the view of court’s five justice majority. However, despite the novelty of the court’s new theory or principles for decision-

making, it is very predictable. Their rulings are all based on the notion that absolute individual autonomy is the central human value. The ironic result of mandating absolute moral authority to each individual is the undermining of all law. This has the self-serving effect of ceding the Supreme Court with even more power and opportunity to remake American society according to the ideology of the Court’s majority.

The next and third article in this series will dive deeper into what the court means by their new legal bedrock principle of individual autonomy and how that impacts American democracy and traditional liberty in ‘Remembering Independence.’