(This is part 3 of a 5 part series on The Supreme Court, Abortion, and American Morality. Check out part 1 and part 2)

I have been wrestling with the Court’s latest abortion ruling all last week (Whole Woman’s Health v Hellerstedt) lamenting the knowledge that the ruling carries with it the very real danger of setting the clock of the cause for human life back 40 years. 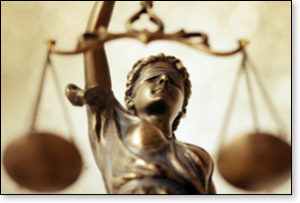 decision. This decision has one very important thing in common with other recent decisions such as last year’s Same Sex Marriage (SSM) case: The stated and uncompromising value the majority protects and mandates is individual autonomy. Autonomy here means the ability for any individual to create themselves, total and absolute self-determination. As Chief Justice Roberts noted in his Obergefell dissent (June 26, 2015), “The majority opens its opinion by announcing petitioners’ right to ‘define and express their identity.’” The majority themselves even state the ‘First premise’ for their decision-making is “the concept of individual autonomy” (Obergefell v Hodges Majority opinion, p 12). The result of mandating each individual as a moral law unto themselves is to undermine the traditional values informing our current legal structure. The elevation of absolute autonomy in society creates conflicts with the ‘inalienable’ rights with which our Creator endows us all, thereby giving rise to even more opportunities for the Court to hear more cases and perpetuate the deconstruction of American’s rule of law. If God is extracted and replaced by the almighty ‘me’ then rights become fluid, relative, arbitrarily assigned and reassigned by a small committee of lawyers relying on their desire to remake society according to its own ‘new insight’ (Obergefell v Hodges, Roberts, C. J., dissenting p 3). This does not bode well for civil order.

Ironically, a court that mandates individual autonomy will in the process amass more power to itself. Traditional Constitutional law holds that rights are not created by government; they are recognized as pre-existent and protected from infringement. If the court can get us to accept the declaration of a new right, it legitimatizes the idea in the mind’s eye of the people that they are ruled subjects who can only act by the permission of the State. This is why the dissenting justices say things like, “But for those who believe in a government of laws, not of men, the majority’s approach is deeply disheartening” (Obergefell v Hodges Roberts, C. J., dissenting p 2). Roberts also states, “The Court today not only overlooks our country’s entire history and tradition but actively repudiates it…” (Ibid p 22). Scalia notes that the majority’s new decision-making process threatens American democracy. In his dissent of the fabrication of a new right to SSM he said, “Today’s decree says that my Ruler, and the Ruler of 320 million Americans coast-to-coast, is a majority of the nine lawyers on the Supreme Court….rob[bing] the People of…the freedom to govern themselves” (Obergefell v Hodges Scalia, J., dissenting p 2). He goes on to say that subordinating the people to a committee does not deserve to be called a democracy. In the more recent abortion debacle this week Justice Thomas says, “There should be no surer sign that our jurisprudence has gone off the rails than this…” (Whole Woman’s Health v Hellerstedt, Thomas, J., dissenting p 5). And pointing to the fact that this kind of right making based on the core value of individual autonomy has the effect of giving the Court even more power he says, “the majority reappoints this Court as ‘the country’s ex officio medical board with powers to disapprove medical and operative practices and standards throughout the United States” (Ibid. p 10). He concludes by reflecting, “As the Court applies whatever standard it likes to any given case, nothing but empty words separates our constitutional decisions from judicial fiat” (Ibid. p 11). So, “The Court should abandon the pretense that anything other than policy preferences underlies its balancing of constitutional rights and interests in any given case” (Ibid p 13). His final melancholy observation about the latest abortion ruling sums it all up, “…we have passed the point where ‘law,’ properly speaking, has any further application” (Ibid. p 16).

Even more disturbing, is not that the Court has a rogue majority of traitors to the Constitution bent on remaking American society, but the 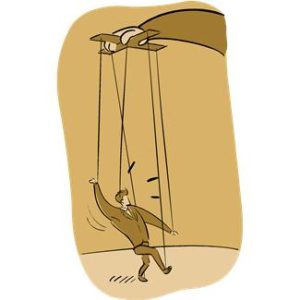 eerily silent and lethargic compliance which seems to characterize the response of the people. It is unsettling that while Justices like Scalia and Roberts lament the fact that the Court does not represent the people (because they are unelected, appointed lawyers), they make their rulings in the same way that American’s live their lives…hyper autonomy, sheer Nietzschean personal will to power. Aren’t the Supreme Court justices themselves products of this American culture? If no moral standard exists that is deeper than individual autonomy what would cause a justice to suspend their own when at the dock? What else can we expect than that they would remake society according to their arbitrary personal preferences? It is sad. And I hope I’m wrong but it seems like the Supreme Court represents the people quite well and is giving the masses exactly what they want. Unfortunately it appears that what the average American wants does not and cannot include self-government, which used to go by the word freedom. Rather all that is desired is license…the permission to live solely by the Pavlovian demands of their passions.

The next and fourth article in this series explores the four specific ways the court’s majority got the abortion decision wrong and why.