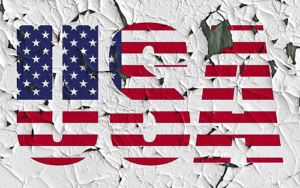 In 1992 the Supreme Court took a small step back from the moral cliff of the 1973 Roe v Wade case legalizing abortion. The ruling called Casey v Planned Parenthood holds that a state has the right to regulate the practice of abortion. Thankfully, since then laws regulating and restricting this barbaric crime against humanity have increased dramatically.

In the past decade, the number of abortions fell by 18% nationwide and in NY, the abortion capital of the U.S., by 21%. And the abortion trend actually reversed in Monroe County, where the numbers fell by 42%! This is all happening while abortion advocates have largely failed at their strategy to deregulate abortion and regulate pro-life pregnancy centers. Even the Supreme Court reinforced the principle of regulating abortion in 2007 by upholding the ban on the brutal practice of partial birth abortion. The wind was at our back…at least until 2015.

The summer of 2015 revealed the thunder heads of humanity’s new moral hurricane. In June, the wind began to shift. The Supreme Court in the same-sex marriage case Obergefell v Hodges changed the ‘first premise’ upon which future cases will be decided, (2015 Majority Opinion, p 12). That new first premise for decision-making is not the Constitution or even the Court’s historical interpretations of it but rather individual autonomy: ‘the right to define and express [the petitioner’s] identity.’ Then, on June 26, 2016, the Supreme Court signaled a reversal of their position on the 1992 Casey v Planned Parenthood decision, striking down a common sense Texas law requiring abortionists to adhere to the same medical standards as other surgical facilities (Whole Women’s Health v Hellerstedt 2016).

As the pagan winds of secularism hasten and bellow, an impending deluge of artificial rights threaten to wash away religious liberty. And the lightening begins to strike.

In August of this year, the Los Angeles City Attorney began enforcing a law requiring pro-life medical clinics provide women with information on where and how to get an abortion, or suffer a $2500 fine per violation. On October 14, the Federal 9th Circuit Court of Appeals unjustly upheld that law.

On September 7, 2016 the U.S. Commission on Civil Rights released a report stating that religious exemptions from laws or policies should only apply to beliefs not conduct. In short, believe what you will but if those beliefs lead to actions contrary to official government policy then those actions should be illegal. This is how fictional rights trump religion.

The republican Governor of Illinois signed a law, effective January 1, 2017, revoking all religious protections regarding abortion. Medical providers and pregnancy centers who do not provide abortions will be forced to discuss the ‘benefits’ of abortion and refer women to an abortionist.

Also on September 7, New York Attorney General Eric Schneiderman released his official abortion opinion, stating that current New York State regulations on the practice of abortion will not be enforced. This opinion opens the door for abortion through all nine months of pregnancy.

Where can shelter from this storm be found for those who continue bearing witness to the truth? The truth is that man is made in the image of God. This truth is a revelation from God (Genesis 1:26-27, Psalm 8:4-6) and is a reality that demonstrates the highest and equal value of all humans, each deserving of protection without qualification (Luke 10: 29-37) or partiality (James 2:8-10). We must not be made to bear false witness against the truth about God and humanity, despite the coercive pressure of misguided governments, whose medieval morality cannot tolerate dissent. The saving nature of the cross of Christ demonstrates the value God places on mankind, suffering and dying for even His enemies (Romans 5:10).

Safety does not reside with political compromise or security in a savings account. Peace is not found in power or in man’s rational understanding of morality. With Adam the world is fallen into disorder, the heart of man is hardened with self-reliance, his mind darkened (Ephesians 4:17-20). Submission to the Lord enables us to know how to stand firm. Together, you and I find shelter for our souls as we walk resolute under orders given the Church so many years ago: “Do not participate in the unfruitful deeds of darkness, but instead even expose them…” (Ephesians 5:11). “Therefore, take up the full armor of God, so that you will be able to resist in the evil day, and having done everything, to stand firm. Stand firm…” (Ephesians 6: 13-14a).