Early this morning police and firefighters responded to smoke at CompassCare’s Buffalo office. The building was firebombed. The windows in the reception room and nurses’ office were broken and fires lit. Graffiti on the building left by the arsonists refers to the abortion terrorist group Jane’s Revenge reading, “Jane Was Here.” The group took responsibility for a firebombing of a pro-life organization in Madison, WI in May. The organization vowed more of the same in other states as the Supreme Court Decision reversing Roe v. Wade nears and have been promoting to their followers what they have dubbed a “Night of Rage.” 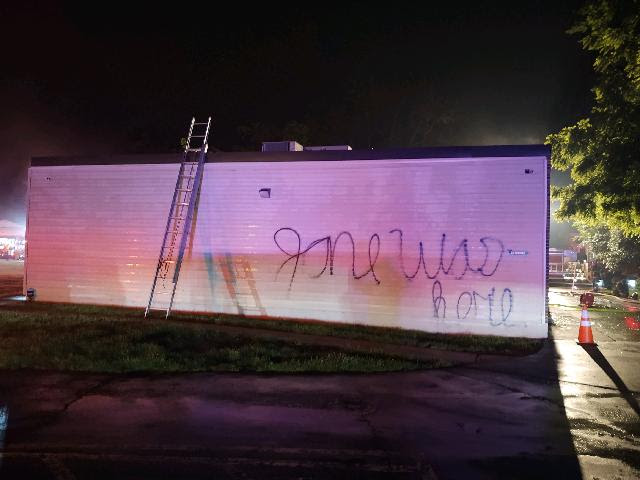 CompassCare and other pro-life service centers have been the target of violence for months, both online and in-person. Because of the escalating violence against pro-lifers, CompassCare alerted the local police and FBI, consulted with security professionals for a safety plan, and engaged a security firm who were expediting the installation of armored glass for the Buffalo office.

Ironically, New York’s Governor not only ignored the violence but instead earmarked $35 million in tax payer funds to increase security at abortion clinics. Adding insult to injury the New York legislature passed a bill investigating pro-life pregnancy centers precisely because they do not perform abortions.

CompassCare’s CEO, Jim Harden says, “This is the pro-abortion ‘Kristallnacht.’ Because of this act of violence, the needs of women facing unplanned pregnancy will go unmet and babies will die. I wonder if Gov. Hochul will veto the Pregnancy Center Investigation Bill? I wonder if Attorney General Letitia James will investigate these cowardly criminals? CompassCare will rebuild because women deserve better. CompassCare will not stop serving because pre-born boys and girls deserve protection.”

Call these 20 legislators who voted against the Pregnancy Center Investigation Bill, asking them to:

To serve women and save lives go to realabortionnews.com/donate.