The Handicap of America’s Electorate

I am a Christian conservative in NY, daily grappling with a Hamiltonian (aka Machiavellian) centralization of power. This means that I 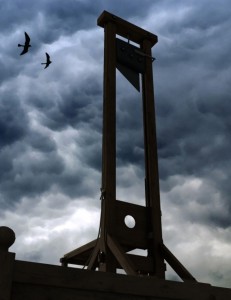 must medicate, move, or meditate on God more. My journey toward meditating on God more intensified after the election of Obama the first time. It was then I began to awaken to the elongation of the totalitarian shadow cast over the entire U.S., likely emanating from the Statue of Liberty…in Paris (liberty redefined as godless license). This also meant that moving out of New York became an act of futility. Obama did not start this silent coup d’état, nor will it end when he leaves office; he just reflects it as much as choppy waters can reflect the storm clouds. This realization afforded me the presence of mind to not get as upset with his inevitable re-election or with the apparent spinelessness of the Republican establishment.

Allow me to explain. Democratic republics require a highly informed electorate who shares the same Judeo-Christian core values and are able to, as a whole, produce and then properly choose candidates to represent the vision of human liberty to which the founding fathers aspired. Yet America’s capacity to sustain a free society has been swallowed up by the typical circumstances that lead to totalitarian governments. Tocqueville predicted this ‘soft tyranny’ in 1835. Then A.M. Meerloo, M.D., a 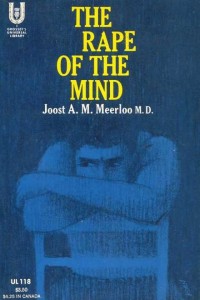 leading researcher in social psychiatry, saw it developing in the U.S. in 1956 after being tasked with understanding how populations were made to submit to the tyrannical regimes of the 20th century (Germany and Russia primarily). He said is his book Rape of the Mind, “In a country like ours, where it is up to the voting public to discern the truth, a universal knowledge of the methods used by the demagogue to deceive or to lull the public is absolutely necessary.” It seems America has lost those critical skills needed to do the hard work of political vetting. How did this happen? Meerloo provides some insight. America has been drinking a most terrible tonic: 1) ‘Menticide’ caused by mass media consumption, manifested by spell-binding fear and suspicion driving a felt need for strong authoritarian leadership, 2) ‘Fetalization’ of society caused by over-administration of self-appointed experts requiring the public to gain their permission to act, and 3) ‘Logicide’ sparked by centralized education rewarding the ‘right’ facts rather than rigorous thinking. This does not even include the emotional isolation and destabilization of an ever increasing percentage of the population caused by the fragmentation of the family since 1970. This concoction creates a society peopled not by mature grown-ups but by adults with infantile minds, hypnotized by the ‘loud noises of propaganda’ and entranced by the cliché-soaked political hero who could never possibly solve any of the mortal issues facing our nation. And how could he? His very presence and popularity is a dazzling demonstration in living color of the delusion inducing cocktail poisoning the lifeblood of liberty.

So, now that our country’s entire system conspires to generate amoral automatons, it has become very difficult to produce enough virtuous people able to sustain a free society. Expecting a citizenry so compromised to suddenly acquire the presence of mind on election day to promote one of those rare virtuous candidates to a position that would champion America’s original noble vision of society is now nigh unto impossible. God is sovereign and He sovereignly chose to create a self-governing nation which is now unequal to that auspicious task. The great experiment is a glorious testimony to the power of redeemed man and makes me all the more sad to watch the glowing embers fade. But perhaps God allowed us to enjoy it as a reminder that salvation comes from none other than Him and that truly ‘all nations…are less than nothing and meaningless’ (Isaiah 40:17). So I am not hopeless. You and I serve the true Sovereign and this grueling ambassadorship our King requires of us among the ‘self-governed’ point us again to the declaration of each one’s true independence…the cross of Christ.

The ship of State has wrecked on the shoals of secularism. So take all elections with a grain of salt. Politics and government can’t save society. It can only make it more or less onerous for those working for meaningful societal reform to continue our work. And continue we shall.