Rochester, NY—New York Vital Statistics for 2014 published Monday (April 4) revealed yet another drop in abortion for New York State. The data reveals that the number of abortions statewide hit an all-time low since abortion was legalized in 1970. In the last seven years (2008 to 2014) the number of abortions dropped 21% including a one point drop in 2014.

Monroe County continues to lead the way in the abortion trend reversal with a 5% reduction in just one year bucking the upstate trend where abortion increased 5.7% overall. Monroe County is the only county with a consecutive seven year reduction with abortion falling sharply by 42%. National 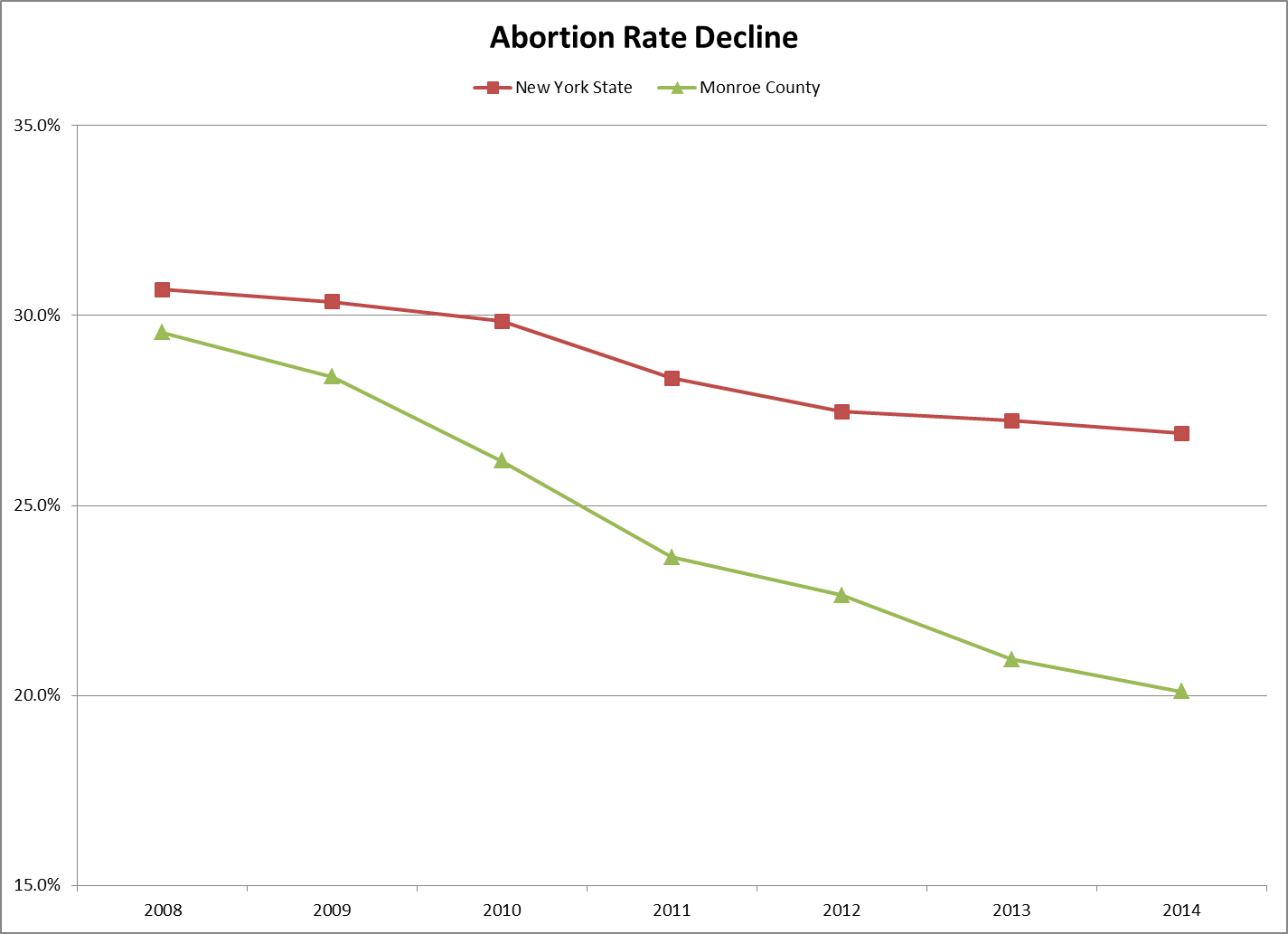 pro-choice advocates argue that declines in abortion happen for two reasons: 1) Increased access to contraception and 2) Decreased access to abortion. Yet, these reasons do not account for the phenomena in NY. Not only is NY one of the most legislatively permissive states in the union with more abortions per capita than any other State, apparently contraceptive use has played no measurable role either. Meaning, if abortion rates were declining because women were using contraception more effectively then the number of NY pregnancies would be declining just as fast as abortion. But pregnancy rates have remained relatively unchanged. Women are simply not choosing abortion nearly as often when facing pregnancy.

Jim Harden, President of CompassCare Pregnancy Services said, “Women have abortions because they feel like they have no choice. Pregnancy care organizations like CompassCare give women back their true autonomy with ethical medical care and comprehensive community support. This support empowers them to make the most difficult choice and have their baby. These numbers say that the community cares and is rallying to support women through organizations like CompassCare.”