How Long Has Abortion Been Wrong?

When God created the world with sinless man made in His image to rule it, He surveyed the situation, declaring it “very good” (Gen. 1:31). After man rejected God’s authority in a vain attempt to have all God’s blessings without Him, man fell headlong into the dungeon of his own appetites, causing all creation to groan (Rom. 8:22). Now man’s natural self-centered bent is to replace God’s authority for his own. Man’s condition is writ large in nations where God, through the prophet Habakkuk, describes them as those whose “justice and authority originate with themselves” (Hab. 1:7). The end of the line for nations who ride the dark train of self-authority is “human bloodshed and violence . . . cutting off many peoples” (2:8b, 10b, 17b). And why does God say they do it? To build a society, a house high above calamity (2:9), to live lives filled only with pleasure.

Systemic injustice is a sign of a people who do not know their purpose, whose moral authority can no more rise above the dirt of their base appetites than a worm can fly. In rejecting God’s purpose for himself, man placed his own desires on the throne. Multiply that condition over thousands of years and billions of people and we land in a time and place where government sanctions, funds, and celebrates the mass infanticide of preborn boys and girls through abortion as if it were a right.

The only decision-making filter for a people who drink the foul water of self-authority is personal pleasure and pain, their minds interpreting the fickle duo through the distorted spectacles of experience and emotion. When morality is determined this way by a nation, as it is in America, dehumanization, enslavement, and death is the natural outcome. This is how society can insist with the straight face of the judiciary that preborn boys and girls are not persons under the law and therefore can be killed legally via abortion.

Reframing our society into one where all humans, without qualification, are blessed and protected requires submitting to the plans of a heavenly architect.

But since fallen humanity is not just in the dark but is darkness itself, we cannot figure out how we got here, why we are here, nor how we ought to act (Eph. 4:17-20). If we could, there would be no need for Jesus Christ. We need God to show us. He does that by revealing Himself to us through the authority of Scripture.

Scripture begins with the creation story. It makes sense since origin reveals aim. Yet startlingly, man is not the main character. Creation is about God: “In the beginning God” (Gen. 1:1a). Since you and I are not the main character, to know our place in this created order and how we ought to behave means that we must defer to God. Creation is God’s idea. It and everyone in it exists by His decree and is actively sustained by Him (Col. 1:16-17). Furthermore, the world and everyone in it are God’s because the God who commands is the God who owns (Job 41:11). This truth grates against people that deify themselves through radicalized autonomy.

Creation is an act of love, whereby God chose to build a place where beings designed to reflect His character and nature could be in right relationship with each other, the world they were destined to subdue, and the God who made them—forever. But sin blinded mankind to the blessing and responsibility God provided. As an act of mercy, God required man to leave the Garden of Eden lest we grow into ravenous wolves greedily eating of the tree of life, dooming ourselves to an eternal living death, isolated from each other and separated from God (Gen. 3:22ff). This turn of events set God to work again. The story of man’s redemption becomes proverbially the eighth day of creation where God recreates man in His image (Eph. 4:24) through His Word, Jesus (John 1:1, 14).

Rejecting God’s authority and purpose subjects all of creation to the futility of sin (Rom. 8:19-22). The solution is simple: Surrender self-authority to God’s self-disclosure and obey. Or as Jesus says, “Repent, for the kingdom of heaven is at hand” (Matt. 4:17). And what do repentance and obedience look like in a fallen world? Joining God in His mission to redeem it: “Vindicate the weak and fatherless…Rescue the weak and needy; Deliver them out of the hand of the wicked” (Psa. 82:3a, 4). 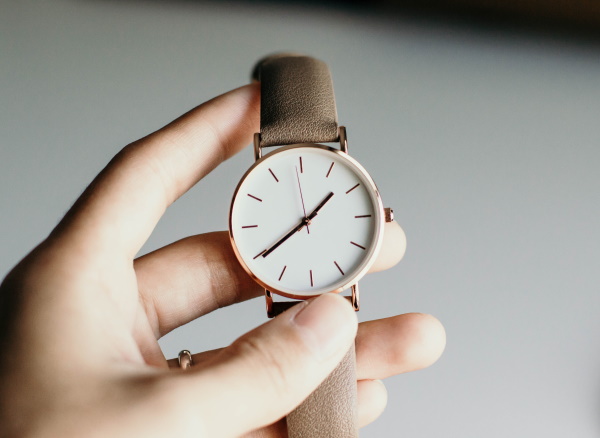 “Just Do the Next Thing. Make the Appointment…”

Kaylen and Sam already have a baby. When Kaylen discovered she was pregnant again, she immediately thought “this is the worst possible timing.” Kaylen reached out to a couple of friends, asking for advice, and was strongly encouraged to get an abortion. Kaylen never thought she would ever get an abortion… Read more.

How the Church Is Cutting Abortion in New York State