INVIOLABLE is a hound baying for the hunt. Some words have fallen out of honorable service due to abuse. But ‘inviolable’ is a gleaming sword in the arsenal of good men bent on humanity’s defense. It stands ready beside its battle mate shield, SACROSANCT. Potentially one of the most important words in the English language, inviolable is also one of the least known. It means the violation of a person is wrong because all people are invaluable. Given the blood-soaked landscape of human history, the truth of immeasurable human worth is not obvious, so we need a word for it.

Inviolable: The violation of a person is wrong because all people are invaluable.

Contrary to self-proclaimed smart guys who insist human injustice is a conditioned response caused by environmental circumstances that only government can change, Jesus says, “For out of the heart come evil thoughts, murders…” (Mt. 15:19a). Words like inviolable remind us there is evil in us, like a tiger crouching in the darkness of our hearts, ready to devour our conscience with the lie that some people are more valuable than others, or that some crimes against humanity are none of our concern.

Godless man fancies himself evolved, illuminated by the noisy and fleeting match flame of science, demanding we all wait for its anemic flicker to unlock the secrets to the universe and reveal the purpose of man. So, while science cannot deny that a child in the womb is fully human, equally it cannot explain why that child has value. A society that builds its morality upon the sands of science ends up destroying itself with its presumptive, miscalculating cruelty, justifying the carnage of abortion by short-sighted pseudosciences. If the bloody lessons of the 20th century teach us anything, it is that an atheistic morality guided by science can no more lead society to peace than a piano can write its own concerto.

Inviolability presumes the objective value of a person. In fact, if the universe is as godless as the barons of science would have us blindly believe, we are the result of meaningless accidents. If this horror be true, then the only honest moral maxim is, ‘Let the strong survive!’ and the notion of justice laughably dismissed. But it is not.

Scripture says, “He who oppresses the poor taunts his Maker” (Prov. 14:31a). Killing a person is wrong because we are made in His image (Gen. 9:6). Using our words to curse, subjugating a person or group of people, is hideous since they “have been made in the likeness of God” (Jas. 3:9b, 10a).

Inviolability means that each person must be treasured because each soul is minted with the inestimable mark of our Maker. So when Scripture insists to the lawyer (Lk. 10:25) that loving one’s neighbor is a necessity for eternal life, and further clarifies that partiality is love’s opposite (Jas. 2:9), the high stakes ought to cause us to pause, carefully considering which humans are being treated as less than. Is it a preborn boy or girl about to be aborted in the name of that oft-abused word, ‘freedom’?

Perhaps when Jesus puts a little child on His knee saying, “So it is not the will of your Father who is in heaven that one of these little ones should perish” (Mt. 18:14), we should take it as a merciful warning. For those through whom trouble to a child comes, “It would be better for him to have a heavy millstone hung around his neck, and to be drowned in the depth of the sea” (Mt. 18:6b). Oh, let inviolable’s cry ring out, if only for mercy’s sake.

Respecting the image of God in man is so important that Jesus, God in the flesh, directly identifies Himself with the treatment of the vulnerable of society as the standard by which He will judge our actions at the end of the age saying, “to the extent that you did it to one of these brothers of Mine [society’s vulnerable], even the least of them, you did it to Me” (Mt. 25:40). Abortion is not merely a matter of personal opinion. Abortion is a fundamental misunderstanding of what it means to be human under God.

All people are inviolable and must not be enslaved or destroyed, because we are God’s. The world is man’s purview, but man is God’s. And so we pray with King David, “…incline Your ear to vindicate the orphan and the oppressed, so that man who is of the earth will no longer cause terror” (Ps. 10: 18).

P.S. May God strengthen our hearts, as together, through CompassCare, we help more women widowed by culture, saving more babies oppressed by abortion. 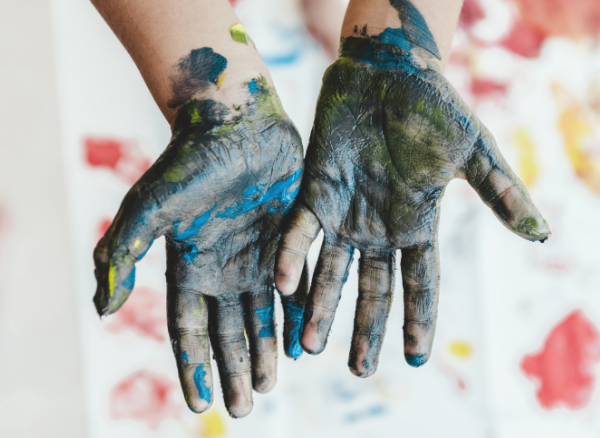 Years of drug addiction devastated Stephanie’s health and family life. Now pregnant with another child, she feared the worst. Although the father of the baby wants to raise the child with her, Stephanie is convinced her body could not support a healthy pregnancy. Read more. 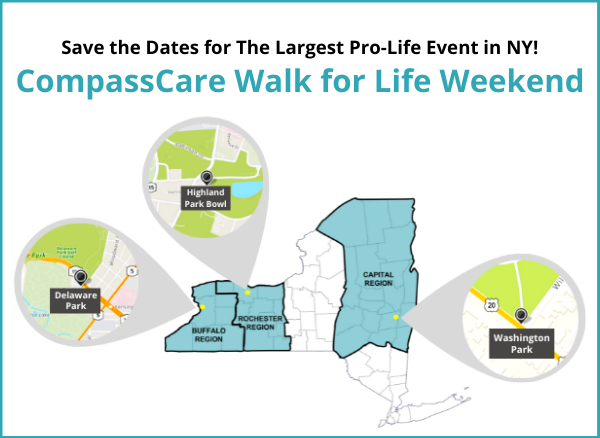 Join thousands of pro-life Christians, both in-person and online, at the Live Walk Rally on Friday, April 29th from 7:00-8:00pm. Then publicly express your pro-life passion at the In-Person Walk from 9:00am-12:00pm in Buffalo, the Capital Region, and Rochester. Read more.