The Wisdom of Man = Abortion?

Mankind fell (Gen. 3:1-8). Humanity is naked, exposed to God’s judgment (Gen. 3:9-11), vulnerable to a world of chaos: “Therefore the LORD God sent him out from the garden of Eden” (Gen. 3:23a). Suffering is now the norm. All the wisdom of the world to solve or salve are futile sandbags when the ocean tide of catastrophe surges in. Disaster, disease, and death all whisper the same message into the ear of our soul, “Something has gone badly wrong.”

After God created the world, He deemed it “very good” (Gen. 1:31b). Then He told Adam that all the goodness in the world was his. But to ensure God’s continued provision of all that is good, He expected Adam and his wife to obey, trusting God’s appraisal of the world and the way God designed it to work, “The LORD God commanded the man saying, ‘From any tree of the garden you may eat freely; but from the tree of the knowledge of good and evil you shall not eat, for in the day that you eat from it you will surely die’” (Gen. 2:16-17). It is ironic to think that they ate the fruit of the tree of the knowledge of good and evil thinking they knew better. So began the history of suffering and death.

Original sin did not begin with the first bite of the infamous apple, that is how it ended. The sin was born from the pursuit of wisdom apart from God, “When the woman saw that the tree was good for food, and . . . desirable to make one wise, she took…” (Gen. 3:6a). The fall began by second-guessing God’s judgment of what is good and evil. God provided Adam with a simple formula: Trust and obey equals God’s provision of goodness. It is the same today, “The judgments of the LORD are true . . . by them Your servant is warned; in keeping them there is great reward” (Ps. 19:9b, 11).

The moral atom bomb of Adam’s sin broke everything. His sin did not just break his relationship with God (Gen. 3:8-10), it felled the forest of all other relationships besides. This sin damaged Adam’s relationship with his wife (Gen. 3:7,12), set them at odds with an evil spiritual realm (Gen. 3:13-15), obscured their ability to know and accomplish their purpose as man and woman (Gen. 3:16-19), and sent the created order reeling into disorder (compare Gen. 2:5 to Gen. 3:18). Adam’s story is like looking into a mirror: It is my story and yours.

We were warned through Adam and we are warned still. God speaking through Jeremiah says, “Is it not from the mouth of the Most High that both good and ill go forth? Why should any living mortal, or any man, offer complaint in view of his sins?” (Lam. 3:38-39).

God bestows the pain of crisis to pinpoint the root cause. As man vainly attempts to break free, like quicksand our flailing solutions only seem to sink us deeper, leaving us to wonder which is worse, our condition or our cure. We expect education to provide security, money to bestow safety, politicians to deliver utopia, and medicine to extend our lives. So too, when a woman faces an unplanned pregnancy, worldly wisdom says abort.

Our first response to an overwhelming crisis should not be to thrash and grasp anxiously, seeking salvation from the world, as if the sea could save us from drowning. When Jesus was confronted with the news of a brutal government injustice, instead of outrage, Jesus calmly refocused their attention on another tragedy, the collapse of the tower of Siloam, killing 18 people. Jesus’ seeming insensitivity reveals the only true solution to the crisis of suffering and death: “unless you repent you will all likewise perish” (Lk. 13:3, 5).

In God alone we find provision of life and every good thing. It is the folly of Adam to think and act in ways that do not first begin with confession and repentance. Since God has become our lifeline through the cross of Jesus, maintaining our vigilance is key to resisting the temptations to trust in this world. Perhaps this is why Paul in his first letter to the Corinthian church says, “For this reason many among you are weak and sick, and a number sleep [are dead]. But if we judged ourselves rightly, we would not be judged” (I Cor. 11:30-31).

Pro-life people ask a woman to trust that God is the author of life and to obey Him rather than acting on her own judgment of what is good and wise for her life, as Adam and Eve did. But in so doing, we too are challenged to make sure we are following the same advice. Sin swims in the water of worldly wisdom—we need to walk on that water. Erasing the need for abortion starts with us, trusting and obeying, heeding Jesus’ call to tread the sea of suffering with Him, ignoring the waves of cultural wisdom.

P.S. Repenting and believing for women, children, and the life of the world. 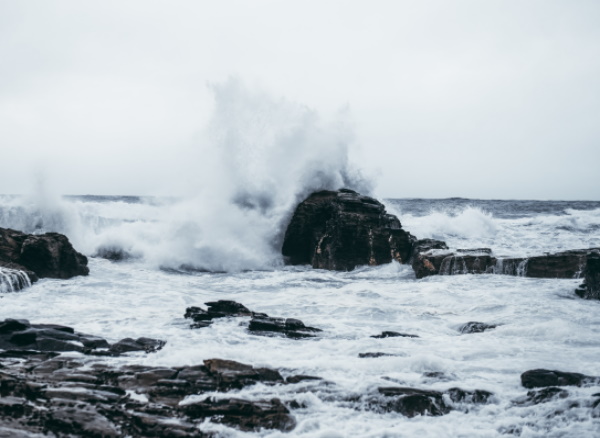 Carol is in her late 30s and has been through quite a lot, raising two children on her own and with no family support. Just when she was looking forward to moving and a new job, she discovered she was pregnant. Overwhelmed and confused, Carol ignored her pregnancy for several weeks. She considered getting an abortion several times. Read more.

Overturning the Supreme Court ruling legalizing abortion will not be the end of abortion in America. It will serve only to shift the battle lines to the state level. The states that keep it legal will become abortion tourism destinations. The Church, through CompassCare, has been building the pro-life infrastructure needed to serve an influx of abortion-minded women from other states with the goal of an operational presence in five abortion hub cities by 2026. Read more.