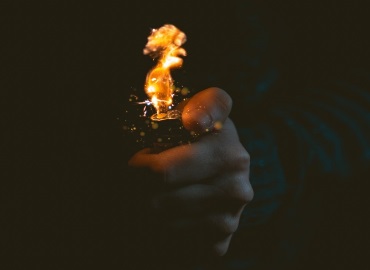 Having the most pro-life acting President since Roe v Wade is heating up the abortion battle. Fear of overturning the 1973 Supreme Court decision is driving liberal states to fever-pitched lawmaking frenzies. Places like New York have two goals: 1) Deregulate abortion, and 2) Regulate pro-life physicians and pregnancy centers.

New York attempted to totally deregulate abortion in 2018 via an abortion expansion bill cleverly mislabeled the “Reproductive Health Act.” If passed, this legislative disease would permit abortion on demand through all nine months of pregnancy and make abortion a fundamental human right. For pregnancy centers and pro-life physicians, this bill would mean that not participating in the abortion referral chain could be interpreted as a punishable civil rights abuse.

Moreover, at the end of the NY legislative session in June, a bill was proposed to investigate pregnancy centers that do not provide “comprehensive reproductive health care.” Translation: any organization that does not conform to the official position of the state by providing abortion, abortion-causing drugs, and abortion referrals is a target. The bill presumes that pregnancy centers are harmful to the communities they serve. But when was the last time someone died in a pregnancy center? Now ask that same question of an abortion clinic. Shouldn’t state-regulated abortion clinics be investigated first?

Why do liberal politicians care so much about abortion anyway? The simple answer is because abortion represents the darling of secular religion. The basic belief of a secularist is that the physical universe is all there is and it all happened by chance. The primary core value of a secularist is do-what-makes-you-happy, since there is no meaning to life aside from what the individual arbitrarily assigns to it. Therefore, when the values of individuals compete, the government steps in to arbitrate, assuming the role of God. One example is a woman’s “reproductive rights” and a baby’s right to life. Which right wins?

This playing at god happens when a small group of judges or legislators sets the standards for the masses according to their own personal agendas. It all makes perfect sense if one holds to Darwin’s evolutionary theory of the strong survive and its corresponding Nietzschean morality. When God is extracted from the public square all that remains is the individual’s “will to power.” In other words, acceptable standards of social behavior are dictated by the desires of society’s most powerful rather than the rule of law rooted in God’s Biblical revelation.

These same politicians manipulate the masses by borrowing language from the Judeo-Christian heritage to feign moral outrage at God’s unbending standard that each human is of equal value, without qualification, from the womb to the tomb. With ghoulish insincerity, they reject this Christian standard by twisting historical Christian concepts like dignity, liberty, and equality to maintain their god-like power, the power of life and death, by defining which humans qualify as persons and which ones do not.

Yet, if the materialists are right, then there is no objective meaning to human life. And without purpose, one cannot assess whether or not one’s actions contributed to human purpose or detracted from it i.e. right vs wrong. So for secular materialists, like the majority of NY politicians, to talk of moral rights and medical standards is absurd…unless one’s objective is to deceive and control.