Two Worldviews: The Secular and The Christian 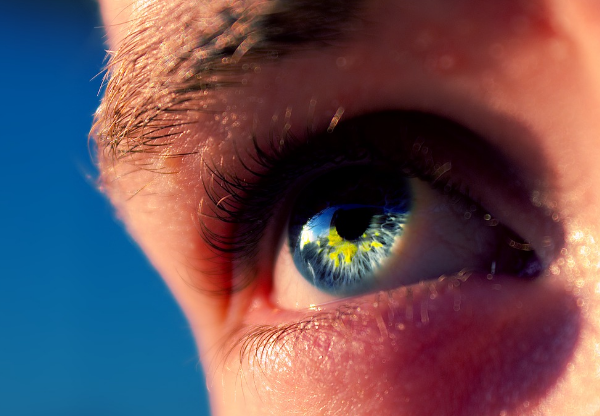 When a woman faces an unplanned pregnancy and is considering abortion, how should a Christian view that pregnancy? An unplanned pregnancy is not a negative side-effect to sexual activity. It is a crossroads of grace whereby God gives a woman the opportunity to choose to make one more poor decision in a long line of poor decisions and have an abortion OR choose to make the first good decision in a long line of future good decisions and have the baby. In this case, good and bad decisions are defined by who God is and what He has revealed to us in Scripture about how we should live. This kind of understanding is what keeps otherwise barbaric behavior at bay. But today in America the barbarians have their hand on the switch, and society is split between two trains barreling toward one another. And a woman considering abortion is tied to the tracks in the middle hoping beyond hope.

There are two basic trains of thought regarding humanity currently operating in America. One possesses a healthy awareness of original sin (Christian). The other does not believe in sin at all (Secular). Christianity believes human behavior starts with the heart. The secularist says human behavior is determined by external forces like education or income. Christianity understands human reason is twisted by sin, while secularism believes human reason is the path to progress. Christianity considers a person to be a spiritual being made just a little lower than God, while secularism thinks that a human is an animal, the product of purely material chance, devoid of common purpose. The former knows submission to God’s moral law is the only path to true liberty and civilized order, while the latter insists only freedom from moral law can create equality. The first worldview requires Christian religion to inform cultural norms, traditional family ties, and personal godly piety for civilization to thrive. The second needs to centralize all power in order to create new norms for an amorphous godless utopia. To centralize power though, government must obscure tradition, diminish family in favor of the individual, and mock religion as a superstitious barrier to the future. These two opposing worldviews are at odds not just in politics but in the church and even within ourselves, as submission to God and unbridled autonomy vie for power.

A woman considering abortion is torn between the false dichotomy of living her life as she planned it versus ending her baby’s life. The Christian ethic – once communicated to her through cultural mores, traditional family values, church teaching, and even the reality of her very own existence – tells her each life begins at conception and is equally valuable. Meanwhile, the Secular ethic streamed to her in almost every waking moment through public education, pop media, big medicine, and judicial legislation, insists that she must be true to herself and that right versus wrong is merely personal preference. But somehow the darkness and despair she feels just won’t give way to the false hope held out to her by a faceless, uncaring propaganda.

Yet, a decision must be made. The two worldviews cannot share the same social track for very long because the Christian and Secular visions of a person and society run at odds with each other. How does each outlook interpret abortion? For the Christian, abortion is murder because its purpose is to end the life of a unique human, made in the image of God. For the secularist, abortion is a manifestation of autonomy and a necessary tool for women’s equality. The two views fundamentally reject the presuppositions of the other. So the louder one shouts ‘murder’ or ‘choice’ the more entrenched the opposition becomes. But neither reason nor force of law can ever bridge the worldview divide.

And when a woman considering abortion decides to have her baby, it represents a change of heart that could never be accomplished by a mountain of legislation or a river of reason.

An abortion-minded woman does not have a circumstantial problem; she has a darkened heart that no amount of policy, money, medicine, emotion, or education can illuminate. If we ignore the spiritual condition of a woman facing unplanned pregnancy in a medical engagement or if we spend all our time trying to use the force of government regulation to reform cultural norms around abortion, then we are playing by the rules of the secular worldview, not the Christian one. We know that Christ alone and His cross changes hearts because He alone can solve the sin problem. And when enough hearts have been transformed the age -old cultural norm of placing the highest value on each human life will revive, the perceived ‘need’ for abortion will have been erased, and the insanity of secularism will slough back into the sewer of ideas from which it came.

1 comment on “Two Worldviews: The Secular and The Christian”