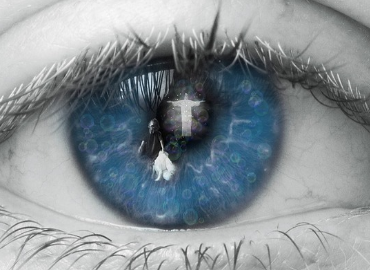 Is moral correctness reasonable? If one were to listen carefully to anyone talking about how one person ought to treat another person in a civilized society, one might get the impression that morality is totally obvious, rational, universal, and easily actionable. That is, if any sane person were to just think about the intrinsic good of mankind and observe how humans flourish, then a set of virtues would rise from the primordial moral mist and humanity would progress to a glorious utopia. Listening to political pundits moralize about human dignity, equal rights, etc., one would think there should be no differences of opinion on topics like abortion. But the modern west’s insistence in godless universal moral norms seems more Aristotelian than traditionally Christian—more philosophical than theological, more reason-of-man than revelation-from-God.

A Christian ethic is not founded on scientific observations of human flourishing and the ultimate good of man like the philosopher Aristotle suggested. Rather, Christians understand that man’s moral condition can only be communicated to us by our Creator’s self-revelation and articulation of the human narrative: creation, fall, salvation in Christ, resurrection, and re-creation. Only then we can understand who we are, where we are, and the direction we’re going.

How could sinful man ever rightly understand human flourishing in a fallen world? Since his heart is twisted by sin he can neither recognize nor measure the proper standard; “The heart is more deceitful than all else and is desperately sick…” (Jeremiah 17:9). Also, simply observing the way the world works cannot reveal the standard of flourishing because it too has fallen into chaos and darkness because of man; “…For the creation was subjected to futility, not willingly, but because of Him who subjected it, in hope that the creation itself also will be set free from its slavery to corruption into the freedom of the glory of the children of God. For we know that the whole creation groans…” (Romans 8:19ff). In other words, apart from God, moral certainty cannot be discovered through reason. In fact, Paul clarifies the extent of man’s ignorance, that people, before submitting to Christ, “were formerly darkness…” not merely in darkness. Man is the source of moral midnight and therefore caused chaos in God’s creation. Conversely, those that are in Christ are light and are the only ones able to appreciate the good, right, and true. Further, only because of Christ is one able to “expose” the “unfruitful deeds of darkness” (Ephesians 5: 8, 11)…like abortion.

So why does Paul use the word ‘know’ in Romans 8 quoted above? If we are in darkness, how is it that we can know anything with certainty? Short answer: God gives us light. As modern enlightenment westerners we tend to think that all knowing starts in the brain. While the brain does a great deal of information processing, according to the Bible, the first organ of knowing is the heart.

The Apostle Paul prays for the Church two different times in his Ephesian letter. In 1:18 he prays, “…that the eyes of your heart may be enlightened, so that you will know….” More to the point, it is not about knowing ‘what’ but knowing ‘Who.’ He prays again in 3:17ff, “…that Christ may dwell in your hearts…that you…may be able to comprehend…and to know the love of Christ which surpasses knowledge….” The heart is the organ to answer the “why” of life. The head is the organ of understanding the “what” of life.

Paul goes on in his Ephesian letter explaining how an unbeliever’s mind works in 4:17ff; “…walk no longer as the Gentiles walk, in the futility of their mind, being darkened in their understanding…because of the ignorance that is in them, because of the hardness of their heart…but you did not learn Christ in this way….” Understanding God’s purpose for humanity and the true nature of the world happens only after our heart is properly submitted to God and He shows us who He is, why we exist, and how we should live. Another way of putting it is that God’s revelation must come before and then steer human reason, not the other way around.

So the Bible distinguishes these two very different types of knowledge (heart and head) and they work together. This is why, when questioned by really smart people about the nature of eternal life, Jesus responds by quoting Deuteronomy 6:5, “Love the LORD your God with all your heart, soul, and mind” (Mt. 22:37).

And love is a command of absolute submission to God. Once submitted to God one is free to solve the dilemmas of how people ought to relate to each other. “And the second [command] is like it, you shall love your neighbor as yourself” (Mt. 22: 39). It is difficult to find a more fitting fulfillment of this royal command than a pregnant woman carrying her preborn boy or girl.