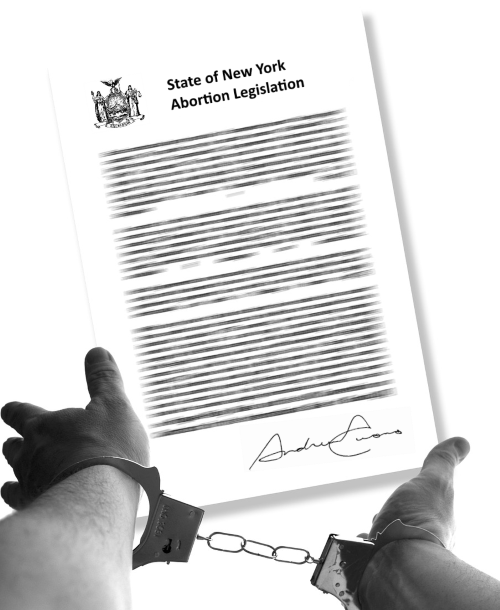 BREAKING: A CompassCare trained pregnancy center suspended their services in Illinois because a new law requires them to refer for abortion. Illinois is one of several states that have become aggressive toward pro-lifers, either by eliminating conscience rights for medical professionals who object to abortion (WA and IL) or by attacking pregnancy centers who empower women with true choice (CA, CT, and HI), the ability to say ‘no’ to abortion. The hostile activity increased in the time leading up to the presidential election and still continues. This has become a dangerous moment in the history of pregnancy centers and Christian medical providers.

Not surprisingly, some NY politicians aspire to outpace those other states. On January 23, 2017, the New York State Assembly passed the reckless ‘Reproductive Health Act,’ which would allow non-doctors to perform surgical abortions and endanger the religious liberty of ethical medical professionals. Thankfully, this unjust bill does not have the necessary Senate support to become law.

One week later, Governor Cuomo, at a Planned Parenthood rally cried, “I propose today … to write Roe v Wade in the New York State Constitution so that nobody can change it… ! And let’s put it on the ballot, and let’s let the people decide, because this is still a democracy!” This is bad news for pro-life New Yorkers. If successful, this would forever enshrine abortion rights, making it almost untouchable and a crime to NOT provide abortions or refer a woman for one.

But what if it doesn’t pass? To what lengths will Cuomo and a politically stacked judiciary go to circumvent a failed abortion rights ballot initiative? Will they say, “The people have spoken” with the same self-righteous ire? It seems unlikely. In 2008, California voters, by a democratic majority, voted for ballot Proposition 8, stating marriage is between one man and one woman. A judge summarily dismissed the people’s voice as unconstitutional. It went to the Supreme Court and now every single state in the Union is mandated, against the voice of the people, to recognize same-sex marriage as legitimate. Could the judiciary reject the people’s voice again, but this time in New York with abortion?

Some say Christians shouldn’t speak out so vehemently. But you and I know that God gave us the eyes of a clean conscience to see the injustice oppressing society’s most vulnerable. He gave us a voice to ring out, not for ourselves, but for those who cannot speak for themselves. God gave us power and resources, not to spend on mere pleasure, but to leverage for a future world, where all humans are equally valued, from the womb to the tomb. You and I know that being godly does not translate into quiet compliance in the face of evil. You and I know that we claim the name of the LORD in vain if we do not take up the cause of the oppressed against the schemes of the wicked. After all, this is what God has done for us in Jesus. How can I say I am a child of our saving Father if I fail to act for the salvation of others? What good is my spirituality, my idle fasting, without action? For the LORD says, “Is this not the fast which I choose to loosen the bonds of wickedness … and let the oppressed go free … then your light will break out like the dawn … Then you will call, and the LORD will answer; you will cry, and He will say, ‘Here I am.'” (Isaiah 58: 6, 8a, 9a).

1 comment on “Breaking: Pregnancy Centers Forced to Refer for Abortions?”