What Drives the Demand for Abortion? 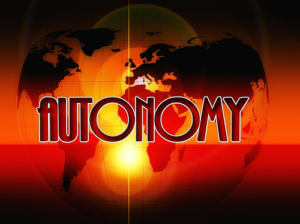 Abortion thrives in America because of a cultural worldview that rejects God’s loving authority for man’s capricious rule. When we lose our sense of purpose rooted in God, then as a society we lose a shared standard of right and wrong and no longer know how we ought to treat each other. Good and evil become a matter of fickle, emotion-driven, individual opinion. In this toxic cultural context virtue becomes meaningless and America becomes a nation of barbarians. The evil weed of abortion flourishes in this bog of individualism allowing the weak and vulnerable to be used as pawns in ruthless struggle for power.

A woman considers abortion because her soul is parched in this dust bowl culture of individualism. The primary core value promoting her trek on this cracked calamity trail is autonomy. This means, not just that people are free to choose their own path, but that all paths are ‘morally’ equal. To place one way of living life over another is considered an act of discrimination. Discernment, formerly known as wisdom, is now a vice and denounced because it offends this sacred secular virtue of autonomy. This expectation to celebrate autonomy is like outlawing glasses of water for men dying of thirst. So any person this poor soul happens to bump up against on her arid journey is required to promote unquestionably her absolute independence, even knowing her path to be fraught with vipers ending in at least one death. As this new ‘ethic’ rises from the grist mill of legislation it threatens CompassCare’s existence.

This set of circumstances can in no way support a meaningful moral framework by which a green forest of civil order can flourish. All that this witch of individualism and her magic potion of autonomy can produce is conflict and further isolation. So when a woman says, “I need to have an abortion” what she really means is, “It’s either my life or the baby’s life.” Individualism dictates one can’t have both. Yet the behavior that led to the pregnancy and her choice regarding abortion only reflect the culture that nurtured her. The lack of support she is experiencing from the father of the baby is merely a product of the same culture which insists that she should be an ‘independent’ career-minded woman set free from a patriarchal and antiquated Christian supremacy. What else should we expect but emotional and physical abandonment? The father of the baby has been taught to live for himself just as she has. Her world is fraught with this vertigo-inducing drug fed to her explicitly or implicitly by her parents, her teachers, her doctor, her political representatives, her favorite musicians, and the producers of her favorite movies and T.V. shows.

What drives low marriage rates and high levels of sex outside of marriage? Individualism. What informs the preference for a high standard of living over protecting and parenting a child? Individualism. What is at the root of virtually all our social ills from drugs to deadbeat dads, from hedonistic media to hypnotic pocket technology, from failing schools to floundering students? It is to this dead god that teachers, doctors, lawyers, pastors, and politicians all must now bow or face the coercive power of government or the amoral mob enslaved to their uncontrolled appetites while chanting, ‘Liberty.’

This value of autonomy is so absolute, so hallowed above all others, that it is being memorialized into law at every level. It is now the new standard for all official decision-making. In many areas of life failure to promote and facilitate hyper-individualism is considered heresy by the priests of this new fundamentalist religion of secularism. So even if we know based on Scripture, experience, and previously unquestioned scientific studies that certain lifestyles or choices will cause great harm to individuals, families, and communities, it is deemed a violation of a person’s autonomy to mention it. CompassCare recognizes the cultural and legislative threats to our mission when refusing to agree with the secular barbarians running government who say abortion is just a choice, no better or worse than any other. And so, the purveyors of this new orthodoxy find new ways to use government to force obedience to their religion on all (see CA forcing pregnancy centers to promote abortion, or IL, or NY and even the Federal government)..

America swallows more of the hemlock potion of individualism and its core value, absolute autonomy, with every moral evasion politely phrased, such as, “It’s not my business,” or “Whatever makes her happy.” Words like these echo off the dank prison walls of blind passion this culture calls freedom as it awaits final execution by the man in the mirror. The King of Israel observes, “For the waywardness of the naïve will kill them, and the complacency of fools will destroy them” (Proverbs 1:32). For women to stop considering abortion, America must stop participating in the charade of secularism because it cannot produce a morality that is objective or compassionate. Christians too must end the cultural syncretism between the Church and the world. For only in so doing can we regain a relevant voice that is once again distinct with the hopeful proclamation that the kingdom of God has come. And His kingdom looks nothing like this world. If the core value of the culture is absolute autonomy, the core value of Christianity is submission—to God in Christ alone.