Pro-Life for the Right Reason?

Recently, Gallup released its longstanding annual report surveying America’s view on abortion. This poll revealed that Americans who believe abortion ought to be either illegal or restricted jumped seven percentage points, from 53% to 60%, in just one year. The movement of public opinion away from abortion is unique for its sheer magnitude. Solidifying this move toward a more pro-life populace is important for a future America where abortion is not only unwanted but where all children are wanted.

In order to reinforce this shift, we must stop talking about abortion as if it is merely an issue or unfortunate social ill. The Church must begin to see abortion as a symptom of society’s fundamental misunderstanding of what it means to be human. This will require redoubling our efforts on the teaching aspect of Jesus’ Great Commission. Education requires a reorientation of ourselves toward God since, “The fear of the LORD is the beginning of knowledge” (Proverbs 1:7a).

Beliefs drive behavior. The belief that ignites the passion of many pro-life people runs so deep, it compels us to work at convincing friends, family, and coworkers. In fact, the prime reason most people are pro-life is so fundamental to who they are, they often skip right over it to lesser arguments. But the minor reasons people use to convince others why they should be pro-life are only good if the other person agrees on the major reason: All people, without qualification, are equally valuable, deserving of equal protection under the law. But that which drives this belief is the fact that we are all made in the image of God. Being made in the image of God is the touchstone of human dignity and equality. At the moment of fertilization, we are each instantly and inherently invaluable because of Whose we are. Jesus says, “Render to Caesar the things that are Caesar’s, and to God the things that are God’s” (Mark 12:17). So, the taproot question we must ask for the tree of a society to grow healthy and free is, “What gives a human value?”

The further the ship of Western culture drifts away from the Christian moorings of human value, the further the good yet subordinate tether arguments pro-lifers use, fray and break. Some of those lines of argument include:

Jesus placed an exclamation point on human value through His incarnation and then His sacrifice on the cross to save us. Those who are not pro-life but who hold to the Christian concept of inherent human value can be, and often are, convinced by secondary arguments. However, we must take care not to be lulled into thinking that while late to the party, these newcomers will stay when the music stops. A pro-abortion person’s journey to pro-life values via these footpaths is little more than the last light of a Christian sunset reflecting on a forest of souls destined for a new moral dark age. There are an increasing number of people in the modern West who actively reject the high Christian view of man. And if these new pro-life-leaning people revealed in the Gallup poll do not embrace the primary reason why all humans without qualification ought to be protected as made just a little lower than God (Ps 8:5), then they are in danger of hedging on that position under pressure. So, Jesus charges us to take the nations deeper, “teaching them to observe all that I have commanded you” (Matthew 28:20a). 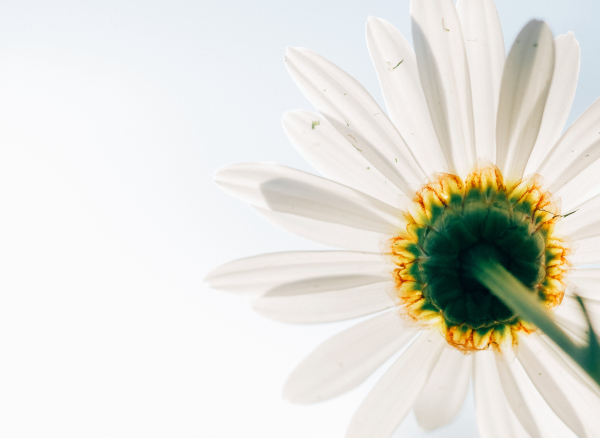 Charlene stared disbelieving at the positive pregnancy test slightly trembling in her hand. Feelings of shame and waves of anxiety washed over her as she thought of all the reasons she couldn’t be pregnant right now. “We can hardly make ends meet as it is. What is my husband going to say? This is impossible!” Read more. 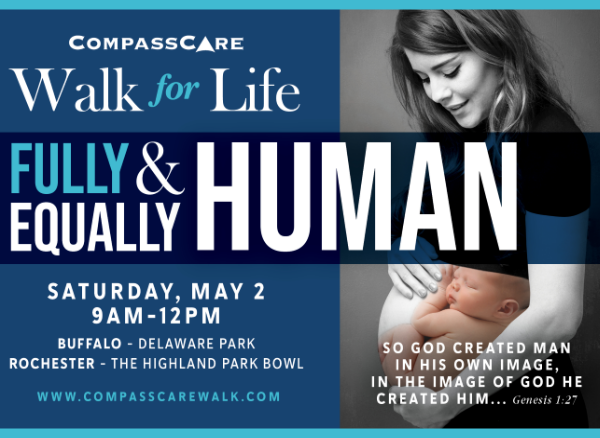 Publicly Express Your Pro-Life Convictions at the Walk for Life!

Express your passion at the largest pro-life event in New York! The Walk will be held as one event in two locations this year – Buffalo: Delaware Park & Rochester: The Highland Park Bowl. More information and our official Walk website are coming soon. Read more.