A Miracle in the Making

A miracle happened in Rochester and it is happening again in Buffalo. The scope of CompassCare’s services include not only reaching and serving women seriously considering abortion in Rochester, but also two other major ministry elements: 1) helping Pregnancy Decision Centers get better at reaching and serving women and 2) educating the community about the inestimable worth of each human life. Over the course of the last year, another field of missional harvest was added to CompassCare’s approach – Buffalo. So, what is the miracle?

The miracle in Rochester is that abortions dropped further and faster than anywhere else in the nation – over 50% since 2008. This is a miracle not just because it has never been done before by anyone but also because of where it was done – in a major abortion hub city in the abortion capital of the U.S. – New York State! Now the church in Buffalo believes God wants Rochester’s results repeated there. The leadership of CompassCare prayed, planned, and believes the same thing. This led to the extraordinary unanimous approval by four different non-profit boards for CompassCare to adopt and consolidate those organizations in order to build the infrastructure necessary to reach and serve 25% of all women considering abortion in Buffalo. As I write this letter, the development work is almost complete. By the time you are reading it, CompassCare in Buffalo should be fully operational, complete with trained nursing team, aggressive marketing, and facility large enough to reduce Buffalo abortions by 50% in 5 years.

Ironically, while the New York State government was congratulating itself on making abortion a fundamental human right and decriminalizing it through all nine months of pregnancy, God opened the door for the church in Buffalo to partner with CompassCare to cut abortion dramatically in the largest abortion hub outside of NYC. Because of what God continues to do in Rochester, it is clear that New York’s unjust and dehumanizing abortion laws simply do not matter if women are empowered to say ‘No’ to abortion.

However, the added organizational complexity of bringing the Buffalo region into the CompassCare fold creates… growing pains. CompassCare leadership believes this regional expansion is a stewardship. In fact, a good friend and I were recently talking about CompassCare’s new reality of continuing to 1) intervene with services for women in Rochester, AND 2) educate the community, AND 3) help Pregnancy Decision Centers nationwide, WHILE ALSO assuming responsibility for another abortion hub region. In that conversation we saw CompassCare’s effective system and stellar results as a talent God our Master entrusts to the church, which must not be buried. As Jesus taught in the Parable of the Talents, the master expects that while he is away his servants use the resources he entrusts to them in a way that adds to his estate. Jesus expects us to take risks for His Kingdom and for His glory. The worst thing we can do is bury the wonderful talent that is CompassCare out of fear, like the man who was given one talent saying upon the Master’s return, “’Master, I knew you to be a hard man, reaping where you did not sow and gathering where you scattered no seed. And I was afraid, and went away and hid your talent in the ground. See, you have what is yours” (Mt 25:24-25). What we should fear is the Master’s response, ‘You wicked, lazy slave, you knew that I reap where I did not sow and gather where I scattered no seed. Then you ought to have put my money in the bank, and on my arrival I would have received my money back with interest. Therefore take away the talent from him, and give it to the one who has the ten talents’” (Mt. 25:26-28). So CompassCare seeks to multiply its lifesaving talent.

And what will happen should CompassCare in Buffalo prove effective at replicating Rochester’s results? Imagine if this regional abortion reduction plan could be expanded to all abortion hub cities throughout NY! If the Supreme Court takes up one of their many opportunities to reverse the 1973 ruling legalizing abortion, most states will outlaw the practice and the abortion battle lines will be redrawn. Pro-life Christians will need a strategy to focus efforts on abortion hub states who will no doubt promote abortion tourism, like Pennsylvania advertises fireworks. Could it be that God has been preparing CompassCare all along for this moment in the history of abortion? 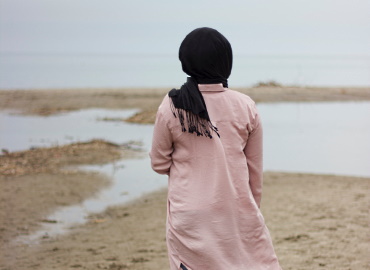 Late last year, Houda discovered she was pregnant. The cultural and religious shame for her as a Muslim was more than she could bear, so Planned Parenthood gave her a chemical abortion. The private horror she experienced during that event, and the overwhelming regret she has felt since, led to a state of deep despair that ultimately caused her to attempt suicide. Read more. 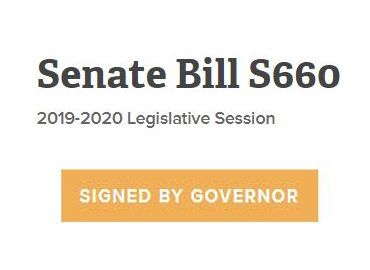 Governor Cuomo Leaves CompassCare No Choice But to Sue

New York Senate bill S660 (aka Boss Bill) was signed into law by Governor Cuomo on Friday, November 8. The bill makes it illegal for pro-life organizations to hire and manage employees based on pro-life beliefs. CompassCare has no other choice but to sue Governor Cuomo as this bill threatens the organization’s very existence. Read more.