How is CompassCare Unique?

The best way to describe the difference is simply that CompassCare is a Pregnancy Decision Center (PDC) while most others are Pregnancy Resource Centers (PRC). Both are necessary and even vital to a truly pro-life and pro-family nation. And while there is some overlap, each pregnancy center leans heavily toward one or the other. The words “decision” and “resource” refer to where each type of organization focuses most of its activity. A PRC focuses most of its finances and staffing on programs supporting women who have already decided to have their babies with things like parenting classes, material assistance, post-abortion counseling, etc.

A PDC like CompassCare focuses most of its finances and staffing on reaching abortion-minded women within her decision-making window (typically 24-48 hours after discovering she’s pregnant) with marketing and medical services, providing her with the information and services she needs in order to have a vision of her future after having a child. It acts as a guide to all the community resources that are available to her, showing her that she need not choose between her life or the baby’s life. This organizational approach requires a professional and compassionate medical environment to help influence her to either change her mind or slow down long enough to rethink her decision.

Both types of organizations are needed and are not at all in competition with each other. Decision centers often refer women who have changed their minds to Resource centers for additional follow-up support. Resource centers often refer abortion-minded women to Decision centers to help a woman cut through the fog of coercive circumstances to see the reality of her baby on an ultrasound scan, to protect her future reproductive health through STD testing, or help her reverse the effects of a chemical abortion.

The concept of a Decision center was birthed in Rochester, NY in 2004 out of CompassCare. It started a mini-revolution within the pregnancy care world. In 2001, the CompassCare team was concerned that the organization was only reaching a minuscule number of women who were seriously considering abortion, and of those even fewer deciding to have their babies. This was the norm in the pregnancy center movement nationwide. If CompassCare was going to formulate a meaningful strategy to erase the need for abortion, ruthless honesty and steadfast mission focus were key ingredients. The brutal truth was that CompassCare was serving less than 1% of the market and the services provided had minimal effect. So the team set a mission goal: serve 25% of all women seeking abortions. But simply driving faster down the same road would not get us to the destination. A course correction was required.

Setting a goal and measuring results caused the team to reorient its approach to doing only those things known to best reach a woman at her moment of decision and best serve her in such a way that she would be more likely to carry her baby to term. She had to find CompassCare within 24 hours after the first positive home pregnancy test, and CompassCare had to provide the services she felt were valuable within 24 hours after that or she would suffocate under the avalanche of cultural and coercive pressure to abort. The team published what is now known as the first “Linear Service Model” (LSM) for pregnancy center ministry used nationwide as a template for other PDCs to follow. A LSM provides the same services to each woman in the same way, so that the results of that service approach can be measured. This measurement powers the laser targeted changes necessary to stay on the cutting edge of helping more women and saving more lives.

Because of the generosity and determination of the Church in Rochester, there are now hundreds of Pregnancy Decision Centers throughout the U.S. And the metrics matter: Abortion in Rochester has been cut in half over the last 8 years. And while CompassCare’s influence has spread nationwide, CompassCare’s physical reach now extends into Buffalo with the expectation that God will use His people there to cut abortions by 50%.

P.S. Learn more about how CompassCare can help you can express your pro-life convictions through a Vision Tour. 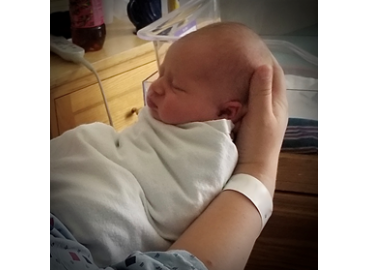 David was born via C-section this summer at a hospital in Rochester. His mom, Carrie, is delighted by his arrival and is overjoyed in her new role as Mom. Her joy is in sharp contrast to how she felt when she first found out she was pregnant, unemployed, without insurance, and in an unstable relationship. Read more. 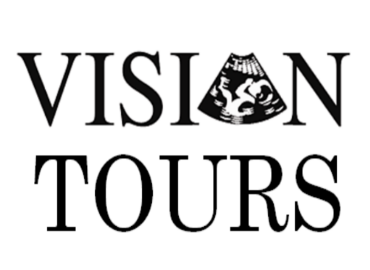 You’re Invited to a Vision Tour!

Vision Tours are 75-minute educational events designed to give pro-life Christians an opportunity to understand how the organization reaches and serves women seriously considering abortion, and guides attendees as to whether or not involvement in CompassCare is a good way for them to express their pro-life convictions. Read more.