Is the Church Ready for Abortion Tourism?

New York (NY) State has more abortions per capita than any other state in the union. At the same time, pro-life pregnancy centers in NY have the capacity to serve only a minuscule percentage of women considering abortion…except in Rochester, home of CompassCare. The pro-life infrastructure in NY is so small it is like trying to douse a house engulfed in flames with the bucket of suds left over from washing the car in the driveway.

Many years ago the CompassCare team determined that in order to change the moral landscape in Rochester, we need to uproot the abortion mountain. To do that meant building and sustaining an operation able to reach and serve at least 25% of women ‘shopping’ for abortion. If done well and for long enough, the efforts would have the cumulative effect of eliminating the profit margin of the local abortion businesses, forcing them to consolidate administration, diversify services, or just plain close. All that has happened in Rochester in the past few years as abortion has plummeted by nearly 60%. The inferno of Rochester abortion is being quenched by pro-life Christians through the Church’s fire engine of CompassCare.

Nevertheless, the NY legislature is adding legislative gasoline to the fire in the likely event the U.S. Supreme Court takes one of many opportunities being given to them by other pro-life states to modify or overturn the 1973 decision legalizing abortion. Should that ruling occur, it will be up to each state to decide for itself what do about abortion. Since most states will restrict or outlaw the practice, it will drive women to abortion tourism destinations like NY, just as it was in 1970-73 when abortion-on-demand was legal almost nowhere else.

To be sure, overturning the infamous Supreme Court ruling, while it would be a great national pro-life success, represents only the end of the beginning. It will shift the abortion battlefront to states like NY. And pro-lifers in NY must prepare for the inevitable unintended consequences of abortion tourism. Now is the time to build the infrastructure to serve both the women who live in NY as well as women traveling here to get an abortion.

The plan is to replicate what God, through His people, has done in Rochester in all the major abortion-hub cities throughout the state. CompassCare has adopted three pregnancy centers in Buffalo in order to pilot this concept. The goal is to cut Buffalo abortions by 50% in five years. This means building infrastructure. The Buffalo nursing team is almost finished with training, and a facility large enough to handle the load has been located. Already the preliminary results look promising. The church in Buffalo is energized and the pregnancy centers that CompassCare adopted have experienced a 38% increase in lives saved while operating with a skeleton crew, limited space, and little advertising.

If the Lord permits pro-life Christians in Buffalo to replicate the Rochester abortion reduction God has used CompassCare to affect, then we will look to walk through the next door He opens, be it in Albany, Syracuse, or NYC.

With highly effective and high capacity pregnancy centers established in the state’s largest abortion hubs, NY’s pro-life community can serve not only women who live here, but also handle the potentially significant increases in future patient load due to abortion tourism. A successful multisite pilot in Buffalo is the cornerstone to the lifesaving infrastructure needed in other markets. This plan makes a way for pro-life New Yorkers to continue reducing the abortion rate across the state, regardless of adverse legislation. And what if Roe v. Wade is not overturned? We can still, together, cut NY’s abortions to such a degree that we are no longer the abortion capital of the U.S.

P.S. Learn how to further express your pro-life convictions by signing up for CompassCare’s Buffalo Vision Tours or Rochester Vision Tours. These Tours occur twice a month, last 75 minutes, and are educational events, not fundraisers. 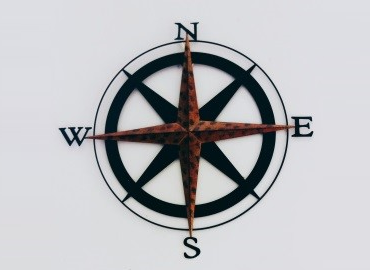 “Thank you for everything you’ve done for me!”

Trisha is a recent college graduate, just starting her professional career in the Buffalo area. She and her boyfriend were excited about their future plans together. Then Trisha found out she is pregnant. Unsure of what to do, she told her boyfriend, who strongly encouraged her to abort. read more. 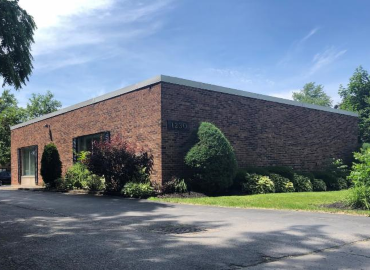 The Lord has provided two answers to prayer: a new location and a new executive. Both are key pieces to cutting Buffalo abortions by 50% in 5 years. Read more.