Has Abortion Triggered a US Population Death Spiral?

The U.S. Fertility rate is plummeting to an all-time low of 1.77 children per woman. This is far below the U.S. Census predictions and the levels required for population replacement. There are several reasons given for this unexpected decline, including a lower marriage rate, reduced sexual activity, and even the negative impact smart phone usage is 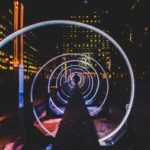 having on committed relationships.

And while all these reasons play a role, abortion and its generational impact on U.S. demographics is the real dragon. Dennis Howard of Movement for a Better America reveals the “echo effect. “Babies aborted…20 to 40 years ago are simply not around to give birth to a new generation.” So, not only are we missing 35% of our childbearing population they are not around to birth 1.4 million new babies per year. “And that’s what triggers a population death spiral.”