Obamacare through its contraception mandate forced organizations and individuals to violate their religious convictions by funding abortion causing drugs and devices in their health insurance plans. The Supreme Court ruled this compulsion a violation of religious liberty and therefore unconstitutional. The Trump administration modified the healthcare rules to respect the beliefs of religious employers and individuals consistent with the SCOTUS ruling. 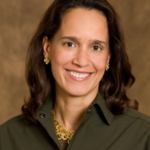 But Pennsylvania Federal Court Judge Wendy Beetlestone issued a Temporary Restraining Order (TRO) suspending the new rules which were created so people would not be penalized for holding beliefs conflicting with government policy.

Why would a lower court issue a TRO contrary to recent Supreme Court ruling? Is this the action of a rogue judge? Should the Trump administration ignore the TRO? Is Judge Beetlestone using government to force her abortion beliefs upon everyone?