Was Planned Parenthood getting paid for aborted baby body parts?

The biomedical companies receiving the aborted fetal remains from Planned Parenthood in California admitted guilt to violating California and Federal laws for trafficking in baby body parts. They procured them from Planned 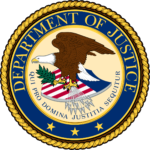 Parenthood. The settlement requires the biomedical companies to admit their guilt, bans them from doing business in CA, and they must surrender the $7.8 million in profits from the illegal purchase and resale of those baby body parts.

After undercover video surveillance was released in 2015, a Senate Investigative Committee referred the case to the FBI. Now it appears the US Justice Department is moving to investigate Planned Parenthood’s complicity in the baby parts racket too.

Why do half a billion in Federal dollars go to Planned Parenthood annually?