Mary and The Power of Willing Mothers 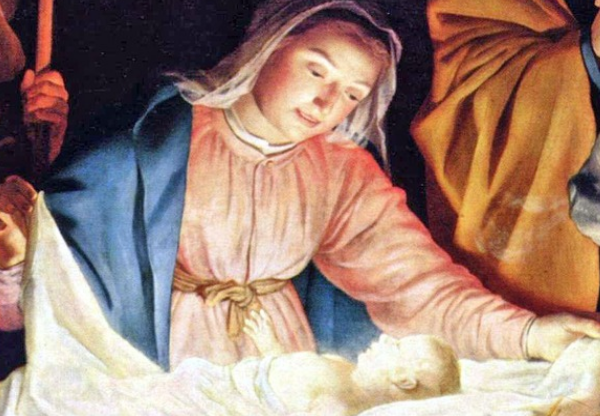 Who has more influence over humanity’s prospects than a parent? Consider the maternal profession: who can hope to equal a mother’s power over posterity? No teacher, coach, counselor, friend, politician or program could ever compare to mom by any measure. Certainly no child denies his mother’s monumental station in his life. And her significance extends beyond that. Her influence draws into the present grand echoes of ancient tradition, emblazoning them indelibly upon the far reaches of the future. Her career is linked with the sovereign hand of God, partnering to carry providence into the world one life at a time.

Elizabeth viewed her barrenness as a disgrace, which God in His mercy cured shortly after the angel told her husband she would give birth to John the Baptist. So Elizabeth says of herself, “This is the way the LORD has dealt with me…to take away my disgrace among men” (Lk 1:25). She knew that her role could be more than a mere bubble on the fomenting human sea of chaotic sentiment and fickle pleasure. Should the LORD bless, she could be a link in a chain connecting the past to the future. To Elizabeth any child would suffice for such a profound charge, yet God entrusted to her a key character in paving the way for One Who would redeem man.

And then Gabriel hails Mary: “Greetings, favored one! The LORD is with you….” (Lk 1:28). Why is she favored? Is God favoring her with an out-of-wedlock birth, scandalizing her future husband (Mt 1:19), and damaging her reputation in her community (Mk 6:3; Jn 8:41)? Gabriel clarifies, “…you will conceive in your womb, and bear a son…He will be great and will be called the Son of the Most High…and His kingdom will have no end” (Lk 1:31-33). Gabriel doesn’t bother to mention how people will perceive her in the short term; it is enough that generations will look back on her obedience to God with tears of thankfulness. Still, in her submission to God as a mother, Mary receives both the contempt of culture and the favor of God. But note, Mary chose to focus on Who truly matters: Jesus, her salvation.

And when Mary makes a beeline to her pregnant relative after her little chat with Gabriel, Elizabeth proclaims the truth about Mary’s situation, “Blessed are you among women, and blessed is the fruit of your womb!” (Lk 1:42). In short, you are not just going to have a baby; you are going to carry the baby Who will offer salvation to all mothers and babies.

So Mary rightly praises God, “My soul exalts the LORD…for behold, from this time on all generations will count me blessed for the Mighty One has done great things for me…” (Lk 1:46, 48-49).

Today there is so much concern over “my life now” that we are tempted to sacrifice the ancient goods of motherhood and family on the altar of empty promises filled with fictional equality, freedom from risk, and continuous pleasure. But there is one inescapable truth proving the folly of that pursuit–death. Death demonstrates that pleasure cannot be our ultimate purpose. Death demands a deeper morality.

Mary understood this, declaring, “He has filled the hungry with good things; and sent away the rich empty-handed” (Lk 1:53). Those who replace godly family for feminized notions of freedom, reject rearing godly children for a career, cast off conception for a larger 401k, or constrict their parental prospects fearing cultural pressure, they are the ones who will remain hungry for that which is truly lasting and good. They are the ones who, while rich in the world’s favor, will trudge out their twilight despising the barren loneliness, having eaten feminism’s rotten fruit from the hollow tree of absolute liberty.

And while a woman considering abortion often finds herself pregnant precisely because her lifestyle reflects this feminized philosophy, God in His irony uses pregnancy to give her a glimpse of a different future, one where there is life in sacrifice, goodness in hardship, and deep fulfillment in pain. So her soul stirs with a different sort of future than the one insinuated upon her by a heartless and hopeless world, as the seed of lasting meaning germinates in her heart. CompassCare stands at this crossroads of grace as she walks the dark woods of her life. And as the Son of God’s revelation dawns upon her sad soul, she is finally free.

Merry Christmas, for “unto us a Child is born.”