She Is No Different Than You or I

Her mother died when she was 12. Her father’s alcoholism left her abandoned to care for her younger siblings. Now she is pregnant. Night after night, this orphan underlined her loneliness on her couch, turning over a sad, utilitarian calculus of whether she would let her child live. Her formula follows the unfeeling urchin principles of pain vs. pleasure, because that’s what she was taught. Her experience has given her no reason to doubt this dogma of modern atheism. 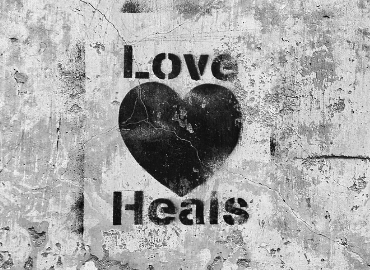 What does she feel? She resents the parental responsibility that was never supposed to be hers: stealing her plans, sucking up all the social oxygen in her life. And now, while it is unfortunate a baby must die, it is time to think about saving herself because no one else will. After all, doesn’t she have a right to live her life however she wants? Where is her absolute liberty? Where is her freedom from the dead hand of the past? Her story is our story, just as we needed healing, she needs healing.

What she feels and the circumstances in which she finds herself are not totally her fault. Who will tell her that Madam Guillotine is the reward that awaits everyone who walks the broad boulevards of illicit license? Freedom divorced from duty ultimately decimates civilization, one lonely soul at a time. She is a product of a decaying culture. She is an emotional cripple, morally maimed: blinded to human meaning by Darwin’s materialism, deafened to destiny by Dewey’s philosophy of futility, one orphan jostling up against a society of orphans. And when each person is reduced to an isolated individual, the soul of humanity shudders in fear, shrinks from risk, and chains itself to the prison bars of reckless desires. So, the tiny raft of her life floats in a foamy sea of uncertainty, no compass, no rudder, no motive source but the ever-shifting wind of political slogans and waves of mob emotion.

“…and He [Jesus] healed them, so that the throng wondered, when they saw the dumb speaking, the maimed whole, the lame walking, and the blind seeing; and they glorified the God of Israel” (Mt 15:30c-31). This kind of mass healing is exactly what our society needs today. People need to see what healing looks like. In the end, a healed society will purge schools of the inhumanity of deluded materialist philosophy, re-instill medical care with a sense of serving the divine when seeing a patient, laugh at the infantile selfishness of politicians fancying themselves powerful enough to manufacture godless laws, mute the mass media which is constantly undermining the traditional family, and revitalize the traditional doctrines of the Church dignifying once again the unique domestic roles of a man and his wife. Because of the ways of this world, this poor, pregnant, orphan girl gives up purpose for a paycheck, future posterity for pleasure, ancient morality for destructive attitudes.

Ours is the opportunity to participate with Jesus in healing society of the worldly disease of absolute liberty which drives women to abort their own babies. So what can be learned from Jesus’ mass healing? The torn fabric of a sinful soul must first recognize its tattered condition and then come to Jesus in all its inglorious mess. “And great crowds came to him, bringing with them the lame, the maimed, the blind, the dumb, and many others, and they put them at his feet” (Mt 15: 30). Just as those who brought their friends to Jesus to be healed, we too must actively leave the world behind us and orient ourselves to Him alone as John says, “Do not love the world nor the things in the world” (1 John 2:15).

In rejecting the ways of the world, the Church demonstrates the healing of our sinful thoughts and ways, so that society, blind to man’s purpose can see, deaf to God’s truth can hear and be healed to walk out His character which He made us to emulate. So when she comes to CompassCare, we who were formerly maimed, deaf, and blind can carry her to Jesus to be healed. Then it will be said of our society, “…and they glorify the God of Israel” (Mt 15: 31b).