The Illinois State legislature passed SB 1564 and the Republican governor Bruce Rauner signed it, amending the State’s ‘Health Care Right of Conscience Act.’ Paradoxically, the act designed to protect the conscience of medical practitioners changed, forcing them now to violate their conscience when it comes to one thing: Abortion. The law is being contested in the courts with several cases pending, including in the Federal 7th Circuit. The outcome will impact all of medicine since it is the first case of its kind to test a medical practitioner’s right to their own conscience at the Federal level. 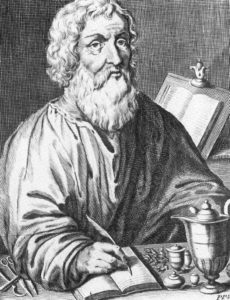 career, summed up the purpose of medicine; to heal and never harm. Therefore it set the limits of its use in society stating in part, “I will not give a woman an abortive remedy.” But why single out abortion? Because it violates the very purpose of the profession representing the opposite of medicine.

Why was the practice forbidden in the Hippocratic Oath? To answer this question we first must ask a more fundamental one: When does a human become a human? And further, must a doctor check his beliefs about the humanity of a preborn child at the exam room door?

To argue, as the State of Illinois does, that abortion has been the standard of medical care is not merely untrue but so vacuously ignorant of traditional western medical ethics it would be comical if it weren’t for the sad fact that it was signed into law and now unreasonably forced upon reasonable medical clinicians and providers. This seems to be a case of politics dictating medical practice.

Are not all humans equally valuable? If not, why not and who gets to choose? What objective criteria did the IL government use to de-personalize preborn babies to the point of making a formerly criminal act, abortion, now compulsory? If politicians can force a physician to violate his conscience on abortion today what will be the new standard of health care tomorrow?