Mariana couldn’t endure the shame of her friends and family finding out she was pregnant. So, she and her boyfriend reluctantly paid the $600 for a medical abortion, also known as RU-486. RU-486 is a two pill regimen that blocks the pro-gestational hormone (progesterone) that a baby needs to survive and stay in the womb. After taking the first pill, Mariana changed her mind. She and her boyfriend frantically searched the internet for some hope – a way to reverse the effects of the pill she just swallowed.

In the spring 2017 issue of Law and Medicine, a review of abortion pill studies by Dr. Mary Davenport and others reveal that less than 25% of pregnancies continue after a woman takes the first dose known as Mifepristone. It is lethal. Interestingly, studies dating back as 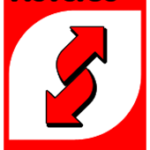 far as 1973 show that replacing the progesterone that the abortion chemical blocks, causes the pregnancy to continue. A recent study series currently under review by Dr. George Delgado and others demonstrates that 60-70% of pregnancies survive after exposure to the abortion pill if given progesterone therapy…with zero reported birth defects.

Three hours after Mariana was given the abortion pill she found a physician who gave her the pregnancy sustaining therapy in Rochester, NY. Marianna has gone on to a healthy pregnancy and baby.

Abortion pill reversal therapy empowers women with even greater choice, the ability to change their mind.