America and the Evolution of Freedom 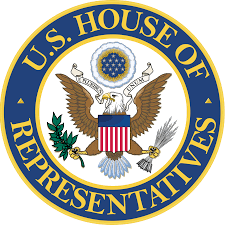 Yesterday the House of Representatives voted to approve a bill that would defund Planned Parenthood and repeal certain measures in the Obamacare legislation. President Obama has vowed to veto it so the House already has scheduled a veto override vote for later this month. However, it is unlikely the Senate has enough votes to override the veto. It is good news to people who understand that Planned Parenthood is the largest abortion business is the U.S. and the world. But what is the endgame? Will this end abortion? Will America return to a high view of individual human dignity again? Much has changed in the U.S. In fact, 2015 alone may prove to be one of the most pivotal moments in U.S. history perhaps second only to the Constitutional Convention and adoption of the Bill of Rights (1787-89). It may be that the political tapestry woven in those early years was fated to a short-lived existence having been unraveled by events of late. A seismic shift in the way American polity is perceived and exercised has caused a civil earthquake, demoralizing and dehumanizing the population not so subtly the aftershocks of which will continue to level civil order for generations to come.

Let me explain.  One piece of legislation and three Supreme Court cases did most of the tectonic work; Obamacare, the two Obamacare court challenges, and one same-sex marriage ruling. Obamacare is not just about healthcare reform. To think that Obamacare is limited to that would be shortsighted. The acceptance of Obamacare signaled a revolution in the philosophy of American government by-the-people-for-the-people, to government over-the-people. Not a revolutionary concept, just the one the founding fathers revolted against. The constitutionality of the legislation was tested by the Supreme Court and ruled legitimate, twice. Then, again in June of this past year, Obergefell vs Hodges happened, which ostensibly was about granting marriage licenses to same-sex couples. In order to do that, the Supreme Court needed to change the implicit yet traditional definition of liberty from protected-by-government to bestowed-by-government. Whatever your opinions are about healthcare or same-sex unions, it bears noting that this narrow view of liberty presumed by recent decisions is a watershed deluge so significant that it will likely change the topography of the western social map.

Obamacare (a.k.a. Patient Protection and Affordable Care Act) was signed into law in 2010. It is legislation unprecedented in scope, not just because it took control of one sixth of the U.S. gross domestic product, but because it swept over the rights of the individual citizen. The first Supreme Court ruling on Obamacare, June 28, 2012, dealt with this ‘Individual Mandate.’ The ruling held that it is within the right of 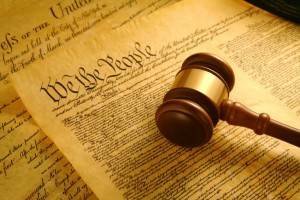 government to force citizens to purchase health insurance. This was a new governing precedent; that the government’s rights take priority over the individual’s, implicitly changing the role of the individual from an equal citizen to a ruled subject. This American philosophical heresy was reaffirmed in the Supreme Court’s June 25, 2015 decision where it upheld the law once again, not by its merits or wording but by its “intended spirit.” This means that the American public can no longer rely on the court to interpret laws on face value. Further, it means that America’s philosophy of government by the people and for the people, enforced by the ‘rule of law,’ was undercut by rule of man. In this case the rule of 9 ‘men.’

To add insult to Obamacare injury, the Supreme Court solidified this new American Revolution with the June 26, 2015 Obergefell vs Hodges ruling. If Obamacare introduced the patently un-American notion that Government has rights over the people then same-sex ‘marriage’ solidified it by demonstrating that government is the manufacturer and distributer of any rights the people may have. In order for the Supreme Court to create a “right” to same-sex marriage, it had to expand (read ‘redefine’) the traditional definition of liberty. America’s legal heritage defines personal liberty as largely “negative,” meaning liberty is freedom from government. Now liberty is defined as “positive,” meaning benefits are provided by the government. If nine unelected justices can redefine liberty in order to fabricate rights, there is no limit to its power over the people. To put it more clearly, if judges can create and confer ‘rights’, then those upon which they are conferred are not actually free self-governing people but subjects of the state instead. The word ‘freedom’ then becomes a vacuous word the ruling elite use to lull the public into compliance. If the people of the United States, represented in the legislature, allow this ruling to stand, then rule of law remains supplanted by rule of man. As Chief Justice Roberts noted in his Obergefell dissent, “If an unvarying social institution enduring over all of recorded history cannot inhibit judicial policymaking, what can? But this approach is dangerous for the rule of law.”

Now embedded in the DNA of U.S. polity are two conflicting notions of a human right, those given by government versus those given by nature’s God. If government now has the power to create and give rights to people, then they also have the power to limit, infringe, or eliminate other rights, including the supposed inalienable ones, categorized under life, liberty and the pursuit of happiness…things like freedom of speech, religion, security of person, etc.

Yesterday, January 6, 2016, the House of Representatives voted to pass the Senate’s version of a bill that would repeal some core tenants of Obamacare, while at the same time defund Planned Parenthood for a year. How will this measure serve to reverse the American

political revolution that has occurred over the last eleven months? The legislature is doing nothing about having been fully vested by the Supreme Court as masters metering out rights to the masses, previously respected as private citizens.

Let’s say the legislature and the President executes a full repeal of Obamacare in 2017, setting the clock of governing philosophy back to ‘individual-rights-are-equal-to-or-greater-than-the-government.’ We still have to deal with the Obergefell question of who gives individuals their rights. If Obergefell stands and rights are given by government it doesn’t matter if Obamacare is fully repealed, since government now stands over the people, instead of a tool in the hands of the people. In which case real individual rights are a fiction. All the Republicans would have done is make a clean orderly place for a legion of demonic legislative acts to move in. No, to solve America’s crisis we must look through the fog of the financial and medical train wreck of Obamacare, to who is the author of humanity rights. If it is God, then the legislature will overturn Obergefell and Americans, including the preborn ones, will be free again. If it is government, then Obergefell will stand as the silent sentinel of slavery. And government will clap more chains of contradictory rights and compulsory Obamacare-like programs upon this once free people, until we are all bound to unnatural duties of ensuring that those new rights are not infringed by the expression of our outdated God-given ones, like religion and speech.

As Justice Thomas noted in his Obergefell dissent, “…the majority goes to great lengths to assert that its decision will advance the ‘dignity’ of same-sex couples.” Yet, “the government cannot bestow dignity, and cannot take it away.” He concludes his dissent with an ominous warning, “[The Court’s] decision will have inestimable consequences for our Constitution and our society.”

Assuming nothing changes, American may very well look back on 2015 as the sunset of a great idea; government as a tool of the citizens to protect their God-given liberty not a master of it. What does 2016 and beyond hold for people of faith and traditional Christian values now that Uncle Sam seems to have rendered unto himself all power over the populace? Dissenting Supreme Court Justice Alito confirms Justice Thomas’s dystopian concern, foreseeing that, “[Obergefell] will be used to vilify Americans who are unwilling to assent to the new orthodoxy….The implications of this…will be exploited by those who are determined to stamp out every vestige of dissent….I assume that those who cling to old beliefs will be able to whisper their thoughts in the recesses of their homes, but if they repeat those views in public, 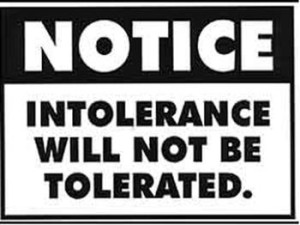 they will risk being labeled as bigots and treated as such by governments, employers, and schools.” He is right. I’ve already experienced the name calling and bully tactics.

This new American philosophy is a type of fundamentalism unable to tolerate religious beliefs and behaviors that are contrary to the officially approved secular agenda. Will this government do what most governments in the history of mankind have been unwilling or unable to do; give power back to the people? To do so requires a return to belief in human dignity derived from God. It will result not only in a full Obamacare repeal but also an overturning of both Obergefell and Roe. Will America’s legislature and next Presidential administration have the courage to face America’s real demons without succumbing to the siren delusions of absolute power? If not then the once blazing sun of western civilization, the world’s champion of art, literature, medicine, education and industry fueled by family and informed by the church, will quickly fade in the dusky years of a morally decrepit country.