The Supreme Court heard oral arguments for Louisiana’s Unsafe Abortion Act. The law simply holds all abortionists to the same standard as other physicians providing in-office surgical procedures including having hospital admitting privileges to maintain continuity of patient care in case of an emergency.

Justice Ginsburg and Senator Schumer appeared to tag-team to combat a ruling upholding the law. Pro-abortion During questioning, Justice Ginsbu 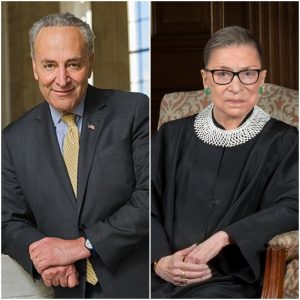 rg claimed abortion is safer than childbirth—abortion propaganda soundly debunked. Meanwhile on the steps of the Supreme Court Senator Chuck Schumer yelled threats to two of Justices, “I want to tell you, Gorsuch! I want to tell you, Kavanaugh! You won’t know what hit you if you go forward with these awful decisions.”

How will exempting abortionists from basic medical standards of care improve women’s health?