She came in … three hours after taking the abortion pill.

Mariana is a young mom with several children who just found out she was pregnant again. With each pregnancy she feels the disdain of her friends increase as the size of her family grows. This time, Mariana didn’t think she could put up with the shame of being pregnant again and so she made an appointment at a local abortionist to obtain an abortion before anyone found out. Mariana walked into the abortion clinic, head down and shaking. She was told to fill out paperwork and then handed over her credit card to be charged almost $600 for the pills that would end the life of her baby. She felt cold. She felt alone. She obediently swallowed the abortion pill (Mifeprex) they handed her.

Mariana walked out of the clinic, filled with overwhelming guilt, and burst into tears. Her boyfriend, realizing what they had just done, comforted her saying, “We’ve done the wrong thing. Let’s fix this if we can.” Together they frantically searched the internet for some hope – a way to reverse the effects of the pill she just swallowed. It didn’t take long before they discovered CompassCare. They called to make an appointment and were sitting in an exam room at CompassCare within three hours of Mariana ingesting the Mifeprex.

Mariana, shaken and afraid, confided in her CompassCare nurse what she had just done and explained her desire to save her baby from imminent death. Her nurse explained that it was necessary to confirm that the baby is still alive before proceeding with the life-sustaining progesterone therapy. An ultrasound was performed and, to Mariana’s relief, her 8 week old baby had a strong, steady heartbeat, and was even moving around a little. She gratefully agreed to the rigorous regimen of shots necessary to overwhelm the effects of the abortion drug and received her first dose. 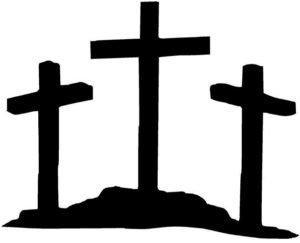 Her CompassCare nurse spoke with Mariana about the pressures that brought her to this point and shared resources that might be beneficial to her as she continues the pregnancy. At the end of the appointment, her nurse shared the wonderful truth of God’s love and that He offers forgiveness to those who trust in His Son, Jesus Christ. Mariana told her nurse that she believed she was sitting in the exam room at CompassCare to hear this very message and eagerly prayed with her nurse to trust Jesus as Lord.

Please pray for Mariana and her. Pray for life and strength to surge through the little body of her baby. Pray for Mariana’s new faith and that she would find fresh hope for her life because of the Lord. Thank you for praying!

2 comments on “She came in … three hours after taking the abortion pill.”