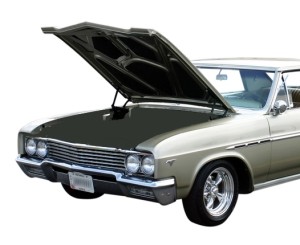 Imagine you needed a new car. So you and your old jalopy manage to make a final trip to the showroom. Excitedly, you sit down with the salesman to choose the model with all the bells and whistles you’ve relished. Adding to your excitement you learn the car is dramatically less than you had anticipated. Trading in your rusty old death trap that used to pass for an automobile, you can barely contain your enthusiasm when the salesman hands you the keys.

You strap yourself in and turn the key to speed into the sunset. Nothing. Chalking it up to user error you turn the key again. Still nothing. Your frustration mounts as you look to the salesman who sheepishly asks, “Would you like us to deliver it?” Now livid, you call upon all your energy just to maintain your composure toothily retorting, “It would not be necessary if the engine would start.” Feigning embarrassment the salesman responds, “I assumed you knew,” pointing to the monstrously gaudy letters painted on the showroom windows, “Be Safer! Be Greener! Buy Motorless!” Believing this to be a big joke, you pop the hood only to discover a gaping hole, matching the pit in your stomach, where the engine ought to have been. Quickly turning to ask for your trusty old car and money back, the salesman compounds your horror as he turns his back and mumbles, “Sorry, all sales are final.”

Making engineless cars is the quick route to unmaking the automobile industry. Once you remove the essence of a thing, you can pretend everything is all right for a short while, but pretty soon you will have a head-on collision with the brutal facts. Whatever else you may be doing in that car, it isn’t going to be driving.

Without the right to life, discussing other human rights becomes a distracting foil covering the fact that we have sold our birthright of freedom to please the lustful appetites of those who have reforged liberty into personal license. In the context of abortion rights, chanting slogans like, “Freedom of choice!” makes about as much sense as a car company advertising cars that don’t drive. All human rights are built upon the self-evident notion that we live, just as all cars are sold to be driven. Once we begin to question which humans have a right to life and which ones do not, the definition of a human right has already mutated into something that it is not. The act of denying anyone’s right to life, such as that of a preborn baby, is a rejection of the most essential feature of human rights-that they are inalienable. So, denying the foundational right to life to the preborn carries with it profound ramifications for the born.

There are two ways of understanding human rights. The first way is by identifying the liberties that are God-given, innate to humans, and existing prior to government. In this view, government is a tool in the hands of the people and their responsibility is limited to protecting these pre-existing liberties. The second way is to say that they are bestowed upon a population by government. In this view, individuals become tools in the hands of government to accomplish its goals. Those that presumably won the battle for same-sex marriage, for example, ultimately conceded the war for human freedom by accepting that the final arbiter of human rights is held by a handful of men.

America’s government was founded by people who understood that they did not get to define rights nor choose who got to receive them. Rather, they affirmed that human rights preceded government, were inherent to each individual, and came from an Authority higher than government. Yet our government has operated over the last fifty years or more on the presumption that God does not exist and that it bestows human rights. These two opposing visions of human rights are at war with each other, and the battleground is life: abortion, contraception, marriage, physician-assisted suicide, and euthanasia. For example, is there a difference between a preborn baby’s right to life and a woman’s right to abort? Absolutely! The first is inherent (the baby is alive) and the second is government granted. Yet the very act of pleading for the bestowal of a new right is the act of a ruled subject, a denial of the belief in inalienable rights, the upshot being that we are the property of the right-bestowing entity.

The true hypocrite is one that says he stands for equal human rights while refusing to stand for all humans equally. No, either human rights are derived from God our Creator and innate to every human or ‘rights’ are a pleasurable fiction used to hypnotize the masses.